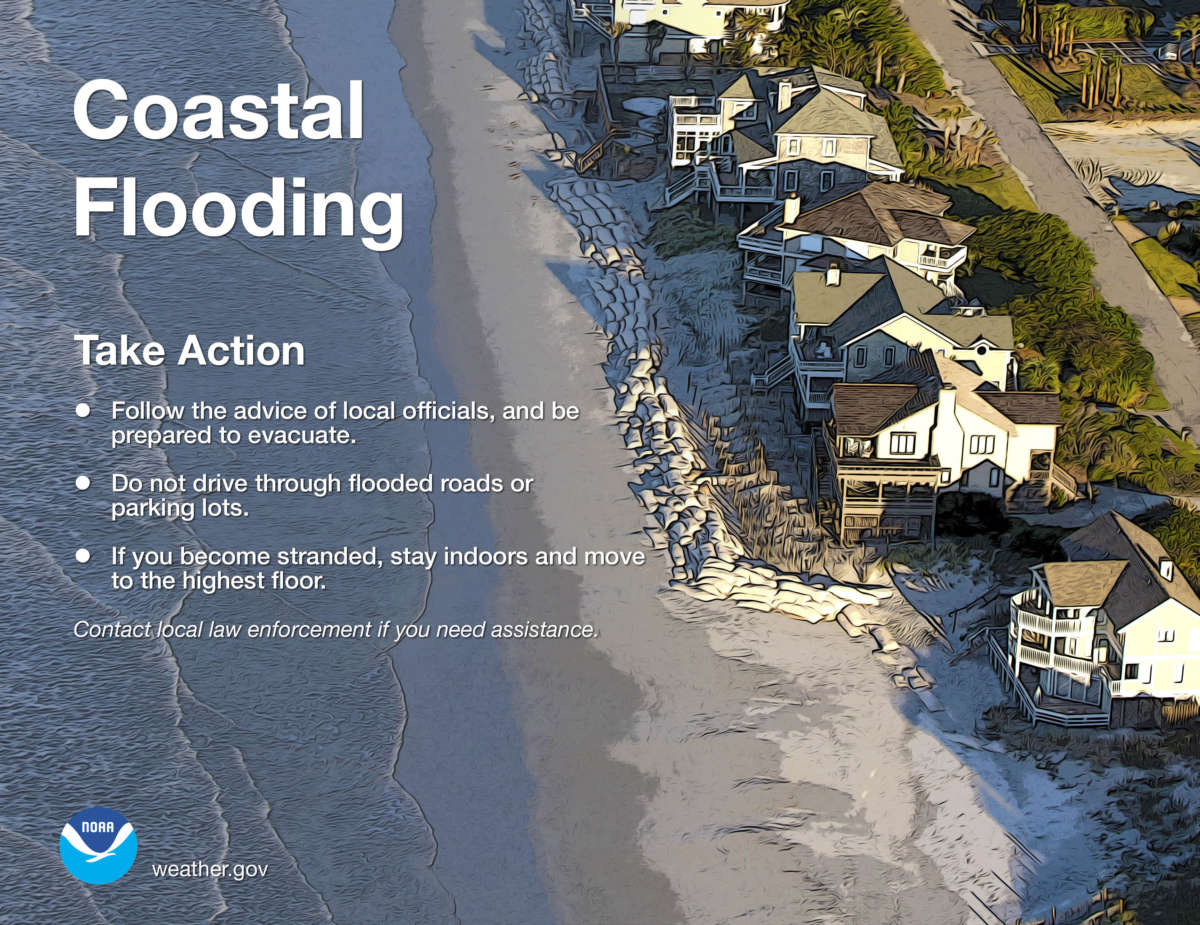 The National Weather Service issued Coastal Flood Warnings and Advisories today along the length of the Florida Atlantic Coast.

Forecasters say widespread minor to moderate coastal flooding may cause some roadways to close and some property inundation. Meteorologist Ray Hawthorne says the flooding is occurring from a number of factors.

“Strong high pressure over New England is tightening the pressure gradient and creating the gusty northeasterly winds that have been affecting the coast for days now. The moon is closer to the earth in its orbit in the fall months and there’s subtle background sea-level rise — all of which make conditions more favorable for the flooding.”

Ray says Hurricane Teddy over the open Atlantic is also contributing to the swell and rough water conditions. He expects the winds to slowly subside on Tuesday, but says another day of coastal flooding is possible with conditions improving even more on Wednesday.