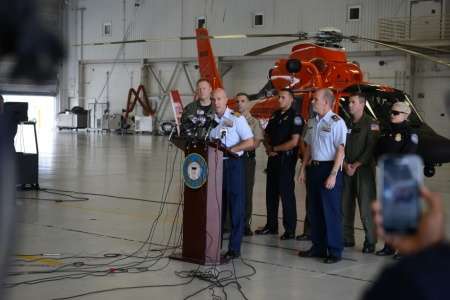 Doss said by the time the salvage crew got to the location 67 miles offshore at night, the boat wasn’t there.

“We kept an eye out for the boat throughout the search, however, our focus was trying to find the two boys in the water, not trying to save someone’s personal property,” said Chief Doss.

The Coast Guard’s search for Austin Stephanos and Perry Cohen is suspended unless new evidence is found. The families’ private search with volunteers continues. A gofundme account for Perry and Austin has raised nearly $470 thousand in a week.

The 14 year olds have been lost at sea for more than a week.