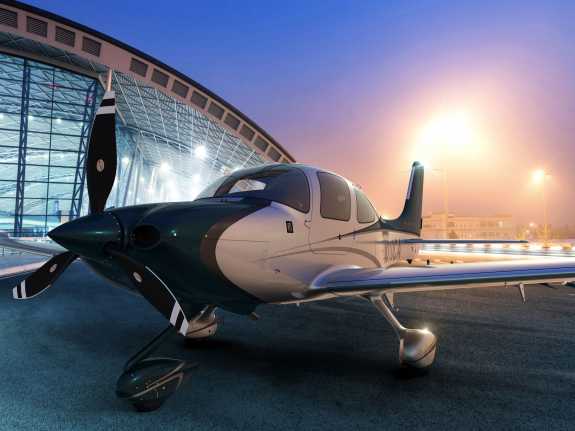 A Cirrus SR22 similar to this one ran out of fuel and crashed into the Atlantic after its pilot apparently fell unconscious.

The Coast Guard says it has called off a search for the pilot of a single-engine prop plane that drifted into restricted airspace over Washington, D.C., forcing fighter jets to scramble an intercept. The apparently unconscious pilot of the small aircraft later ran out of fuel and plunged into the Atlantic Ocean.

On Saturday, a pair of F-16s were dispatched to escort the Cirrus SR22. When the fighters approached, one of the F-16 pilots observed a person at the controls of the propeller-driven plane who appeared to be unconscious.

In a statement reported by Reuters, the Coast Guard said the F-16s “stayed with the plane as it continued past the coast of Virginia, ran out of fuel and crashed into the Atlantic Ocean.”

The Coast Guard launched an MH-60 Jayhawk helicopter crew and an HC-130 Hercules airplane crew from Air Station Elizabeth City, N.C., and the crew of Cutter Beluga, based in Virginia Beach, to respond, USA Today says.

On Sunday morning, the Coast Guard said it had halted the search “after a civilian boater recovered a wheel and engine cowling from the single-engine Cirrus. [Coast Guard Petty Officer Nate] Littlejohn said the chances of finding anything else were slim,” the newspaper says.

The pilot’s name has not been released pending notification of next of kin.