Coalition For The Homeless Offer Shelter For Cold Nights Ahead 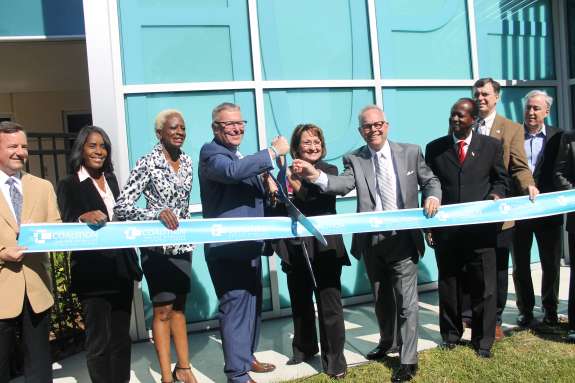 File Photo: Orlando Mayor Buddy Dyer and Orange County Mayor Teresa Jacobs (center) were among those who cut the ribbon at the Coalition for the Homeless's new downtown Orlando facility.

Anyone looking for shelter on these chilly nights will be accepted by the Coalition for the Homeless of Central Florida.

Spokeswoman Tracie Morris said there will be no space limitations Wednesday, Jan.  17, or Thursday, Jan. 18. She said the coalition will provide additional aid.

“They’ll come in, they’ll have a dinner a warm meal for dinner and they can take a shower,” said Morris. “They’ll have a warm blanket and just space to kind of spread out a little bit. The next morning we’ll serve breakfast.”

The shelter is in downtown Orlando and will open at 7 p.m. for men, women and families.