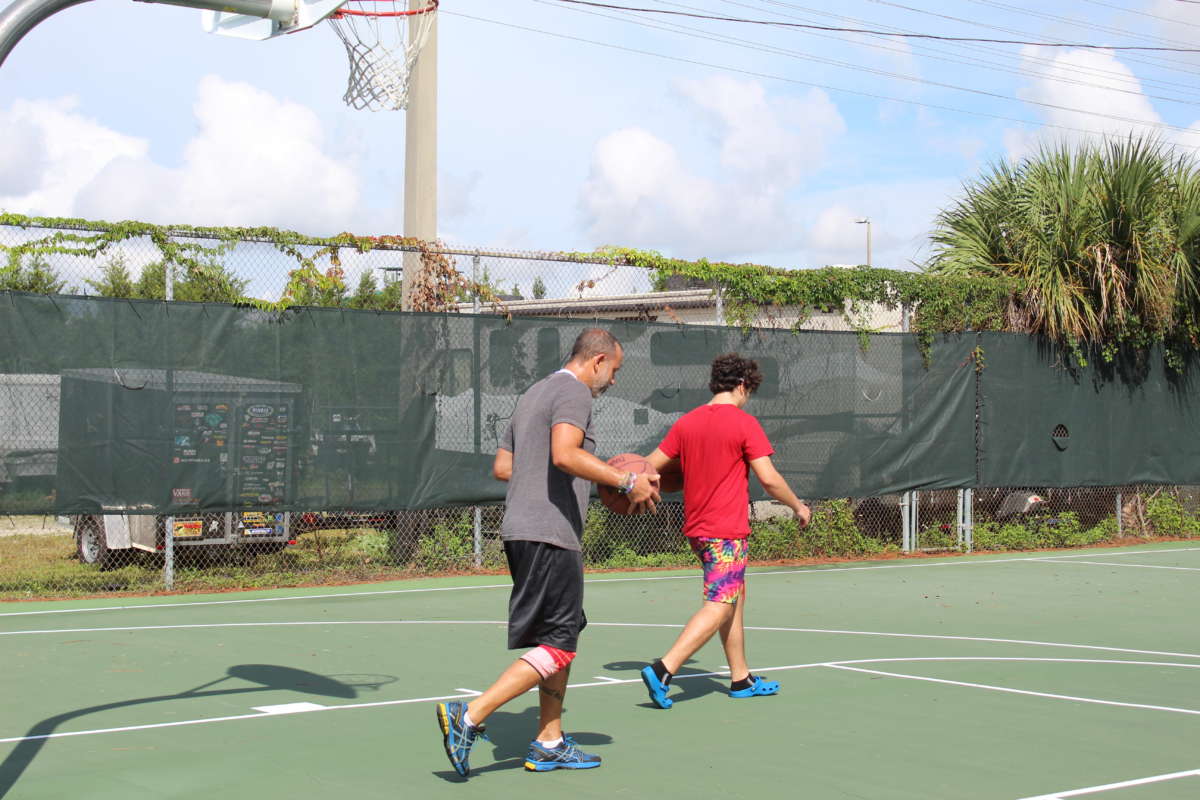 It’s around 10 a.m. on a Saturday when Mark Cavalleri pulls up to his neighborhood clubhouse in south Orange County in a pick-up truck full of kids. They hop out of the truck with a basketball, beach towel and snacks in hand.

Cavalleri, 47, met most of the kids through a flag football program he started at the Coalition for the Homeless of Central Florida in 2011. He works with kids between the ages of 5 and 18.

“When I started this program 10 years ago, I thought I was just going to be some guy with a whistle playing flag football with a bunch of kids, but it’s really grown into more than I ever would have imagined,” Cavalleri says.

Every Saturday, Cavalleri says he’d take the kids to a local park to play flag football. That was until a pandemic hit.

“COVID reared its ugly head on flag football,” Cavalleri says. “So when COVID hit, the coalition changed their rules to where you couldn’t take the kids off campus anymore and that’s what I was doing.”

Cavalleri says COVID-19 meant no more flag football he wasn’t ready to throw in the towel. He began to develop stronger relationships with kids he met at the Orlando park where he coached flag football and kids who used to live at the shelter. He began organizing activities for the kids to participate in every Saturday.

“I think the common theme that we all have is that there’s just something in our lives that’s been missing and for some of the kids it’s been just a man to show up every Saturday and then just to be consistent with that,” Cavalleri says.

Haile Williams plays Marco Polo with Cavalleri and the other children at the pool.
Photo: Keri Cercy

One of those kids is 16-year-old Haile Williams, who used to live at the coalition. She met Cavalleri when she was 8-years-old and has been spending Saturdays with him ever since. Williams says her coach has turned into a father figure in her life.

“He’s like my second dad to be honest,’’ Williams says. “Anything I need all I gotta do is call him up. Tutoring, a little bit of cash, training equipment, doesn’t matter, he’s got you.”

Williams says each Saturday feels like family time to her because of the close bond she’s made with the other kids and Cavalleri. That’s a sentiment Cavalleri can agree with.

“I don’t have kids, so it’s been as close to me as fathering children as I’m going to get so it’s been a real blessing to me,” Cavalleri says.

Cavalleri says he can’t imagine not spending his Saturdays any other way. He says he receives just as much gives with the family he’s built in the most unexpected of places.

This story is part of “Sounds of Central Florida,’’ an ongoing series and joint partnership between WMFE and UCF’s Nicholson School of Communication and Media.