Clinton Returns To I-4 Corridor With Orlando Stop 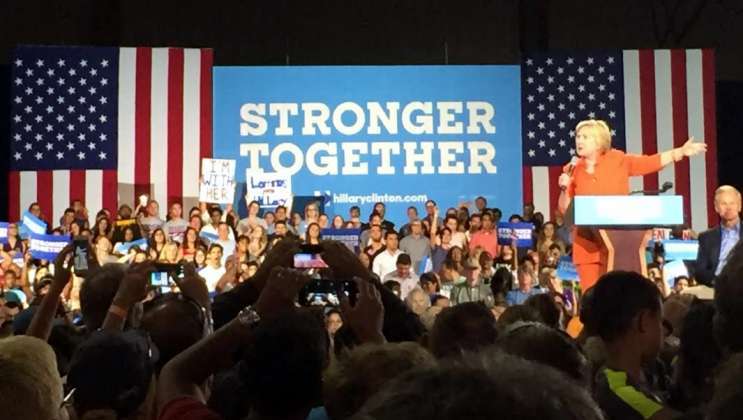 Clinton during a visit to Kissimmee. Photo by Renata Sago.

Hillary Clinton is scheduled to be in Orlando Wednesday. The Democratic presidential nominee is scheduled to speak at 2 p.m. at Frontline Outreach Center near Camping World Stadium.

The center serves youth and their families with early childhood education and recreation facilities.

Clinton’s campaign website says she will talk about her vision for the country and her economic proposals. This is Clinton’s second stop on the I-4 corridor this month. She recently spoke in Tampa, while her husband, former President Bill Clinton campaigned for her in Orlando earlier this month.

Doors open at noon for Hillary’s Orlando event. It’s open to the public but people are asked to RSVP in advance.