Clinton Calls for Action on Terrorism, Guns During Orlando Visit 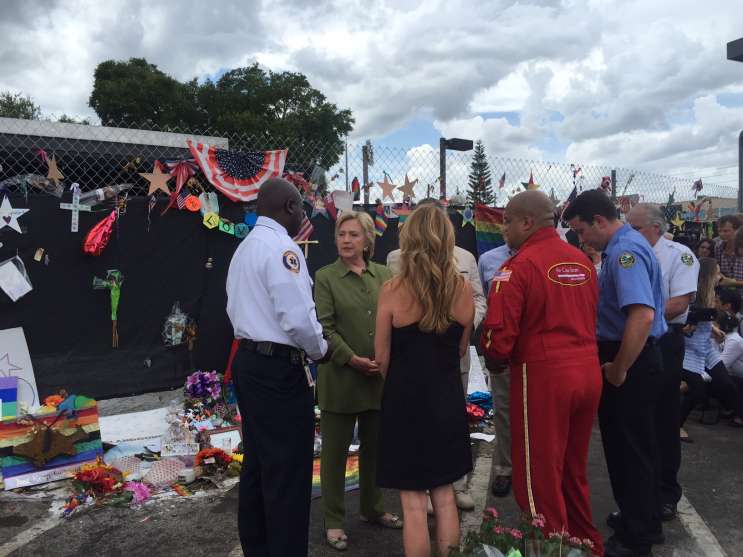 She spoke Friday in Orlando during a roundtable discussion with community leaders after the Pulse mass shooting that left 49 dead, the worst in modern American history.

“We have to disrupt and dismantle the global online network that radicalizes people here in the United States that even unfortunately infects the thinking and attitudes of people in our communities in their homes.”

The Pulse gunman pledged allegiance to ISIS during the massacre, which left more than 50 wounded.

“We do have to take on the epidemic of gun violence, particularly assault weapons. The havoc and horror that they bring in their wake is just no longer tolerable.”

She also was scheduled to make stops Friday and Saturday in Tampa and Miami. She was expected to announce her running mate while in Florida.