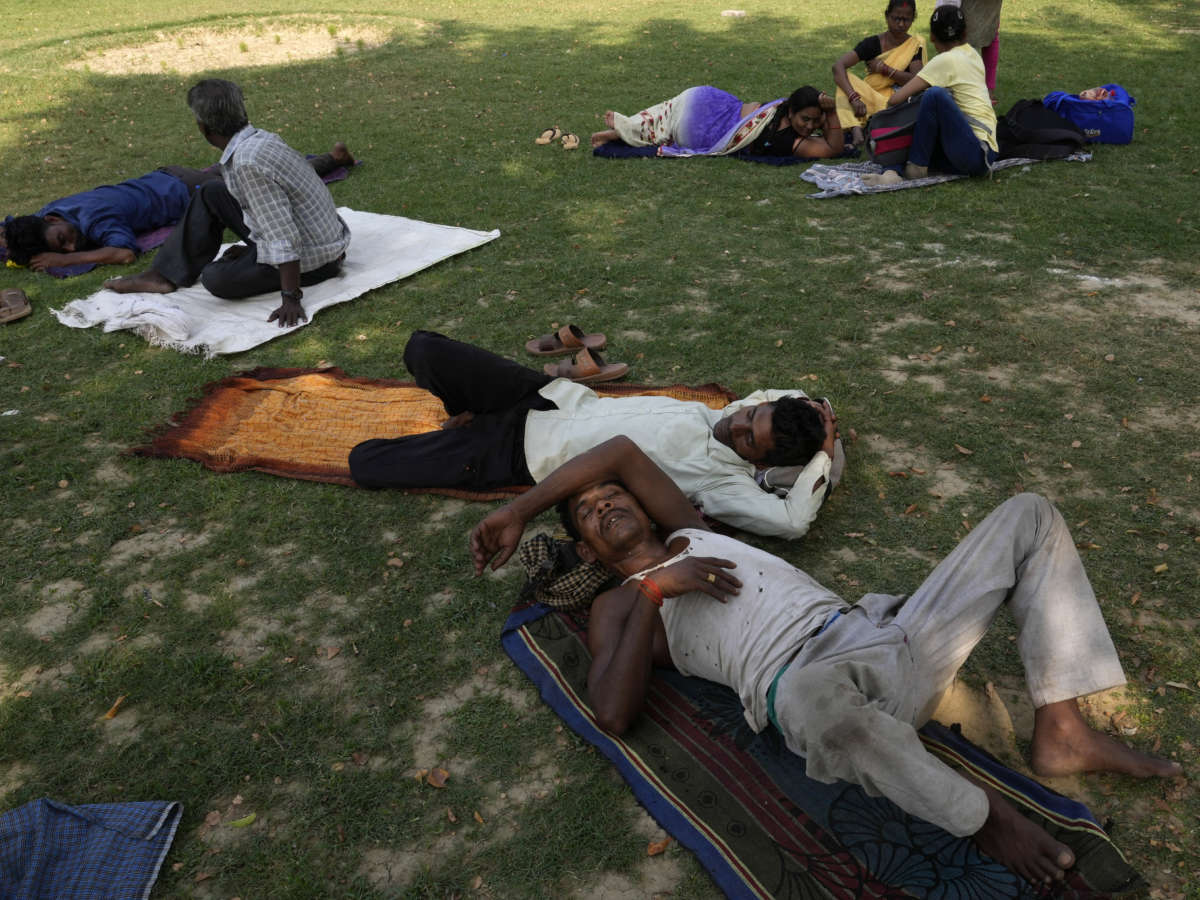 People rest in the shade of a tree on a hot summer afternoon in Lucknow in the central Indian state of Uttar Pradesh, on Thursday. Severe heat wave conditions are sweeping north and western parts of India.
Image credit: Rajesh Kumar Singh

A punishing heat wave has pushed temperatures past 120F (50C) in some areas. Some schools have closed early for the summer. Dozens of people have died of heat stroke.

The region is already hard-hit by climate change. Extreme heat is common in May. But not in April and March, both of which were the hottest across much of India for more than a century.

“It’s smoldering hot! It’s also humid, which is making it very difficult,” Chrisell Rebello, 37, told NPR in line outside a Mumbai ice cream parlor at 11 p.m. “We need a lot of cold drinks, air conditioning – and multiple baths a day.”

Only a fraction of Indians — mostly, the wealthy — have air conditioning. Instead people soak rags in water and hang them in doors and windows.

The problem is that 70% of India’s electricity comes from coal. So the government is converting passenger trains to cargo service, to rush coal supplies to beleaguered power plants, and also importing more coal from abroad.

In the short term, experts say India has no choice but to burn coal to keep fans and ACs on. But in the long term, it must transition to renewables, to avoid a vicious circle of warming, says Ulka Kelkar, a Bengaluru-based economist and climate change expert with the World Resources Institute.

“[With] heat plus humidity, at some stage [it] becomes almost impossible for the human body’s organs to function normally,” Kelkar explains. “Basically the body just cannot cool itself, and a large fraction of our population in India still works outside in the fields, on building construction, in factories which are not cooled.”

More than a billion people are at risk of heat-related illness across South Asia. Hospitals are preparing special wards.

This heat wave has also hit at a critical time for the region’s wheat harvest. In the Indian state of Punjab — the country’s breadbasket — farmers complain of reduced crop yields, and lower profits.

This is exactly when India was hoping to boost wheat exports to help make up for a shortfall in global grain supplies, from the war in Ukraine.

Suruchi Bhadwal, director of earth science and climate change at The Energy and Resources Institute (TERI), says the disappointing wheat harvest may be an omen of what’s to come, if countries don’t do everything within their power to cut carbon emissions and limit warming to below 2-degrees Celsius, in line with United Nations recommendations.

“India is already giving us a warning bell,” Bhadwal says. “And each country needs to realize that the warning signs will not be given to us forever.”