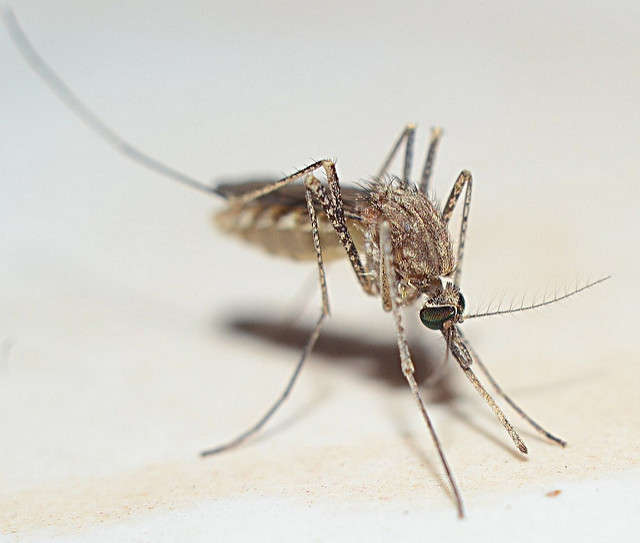 More than 640,000 cases over that time, according to the CDC. Photo: Flickr Creative Commons

The number of people who got sick in the United States from an infected mosquito, tick, or flea tripled between 2004 and 2016. More than 640-thousand cases over that time, according to the CDC. In Florida, changing climate and a lack of good diagnostic tools, make it easier for insect-borne diseases like Eastern Equine Encephalitis to spread. The personal and financial costs of even one case of this disease can be catastrophic.

The sunlight coming through the picture window of Debbie Casey’s room at a nursing home in Daytona Beach falls on a message board covered with pictures from her life. In most, she’s smiling wearing the trademark blonde bob her son Brian has tried to keep up even though she’s in a coma in a hospital bed. He says just a few months ago his spunky 68 year-old mother was:

“Working full-time. She had just built a little home that was going to be her retirement home.”

But then Debbie ended up in an emergency room in Gainesville with what doctors thought was a stroke.

“It took about ten days to finally identify what was causing her problem. Because it’s just so extremely rare.”

Debbie was one of only five people hospitalized nationwide with Eastern Equine Encephalitis this year. University of Florida etymologist Dr. Jonathan Day estimates about five times that many got infected with the disease, but they got only mild flu-like symptoms that went away after a few weeks. He says shifting climate patterns make Florida more vulnerable to the disease.

“During years where we have an exceptionally wet winter and early spring. That sets the stage for Eastern transmission and that’s exactly what we had this year.”

University of Florida’s Dr. Kartik Cherabuddi says in the case of patients like Debbie where the infection moved to her brain, long-term care costs can be in the hundreds of thousands of dollars.

“It amounts to a huger monetary burden. From the initial bill, rehab and therapy and trying to have people who can be around them and help with daily function.”

Most of Debbie Casey’s costs have been picked up by Medicare and Social Security, but her son Brian says he’s already had to pay 20,000 dollars in out-of-pocket costs. And he might have to sell Debbie’s home to pay the rest of her bills.

If you’d like to listen to the full story, please click on the clip above. You can also hear it on the Marketplace Morning Report.