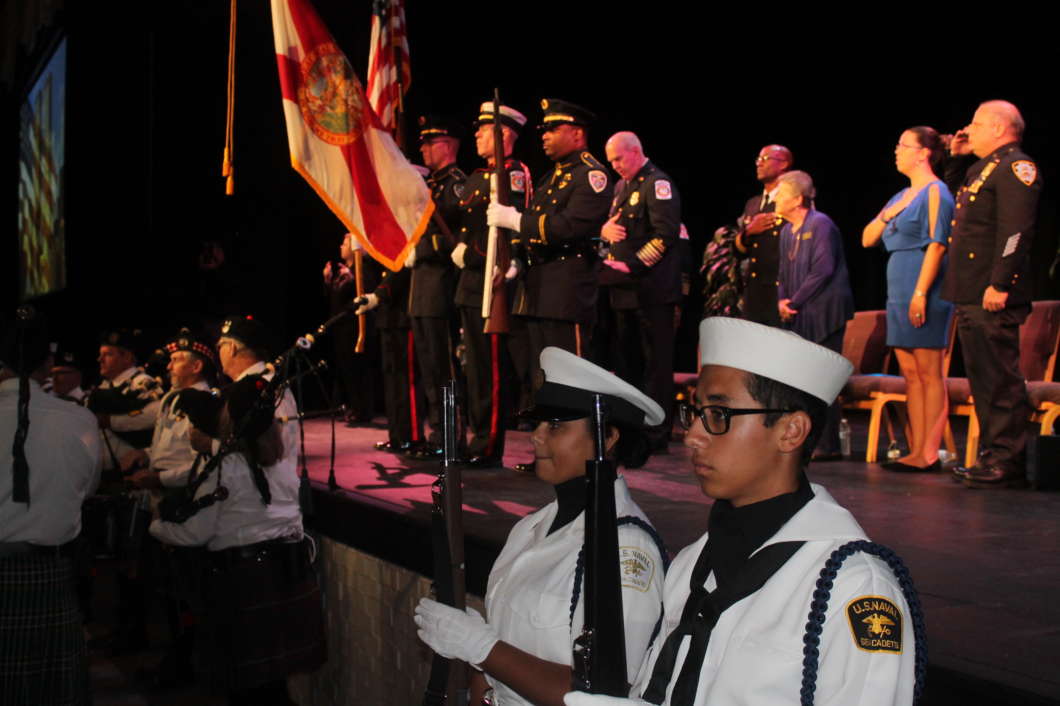 Uniformed service members salute the flag during 9-11 ceremony in the City of Clermont. Photo: Jason Delgado

Police officers, firefighters and their families gathered in Clermont on Wednesday to remember the first responders who were at the Twin Towers that day and in the weeks after.

Saxe says he wants people to remember his fellow officers who died when the Twin Towers fell.

But he says it’s equally important to support surviving officers who struggle with PTSD related to September 11th.

He says he’s still triggered when he hears car alarms because they remind him of the distress signals firefighters sent out that day.

“It would bring me right back there to that helpless feeling. Knowing that a brother or sister firefighter or emergency service unit officer lay close enough for us to hear that alarm yet with so many tons of steel and concrete between us and them, there was just no way we could get to them.”

He says other surviving first responders have gotten cancer from being exposed to toxins at the site.

“Thirteen days later our father, our protector, our hero succumbed to his illness related to the recovery efforts at Ground Zero surrounded by his family.”

The September 11th Victim Compensation Fund-which supports first responders who got sick after being exposed to toxins that were released from the wreckage-was extended through 2090 by a Congressional vote in July.