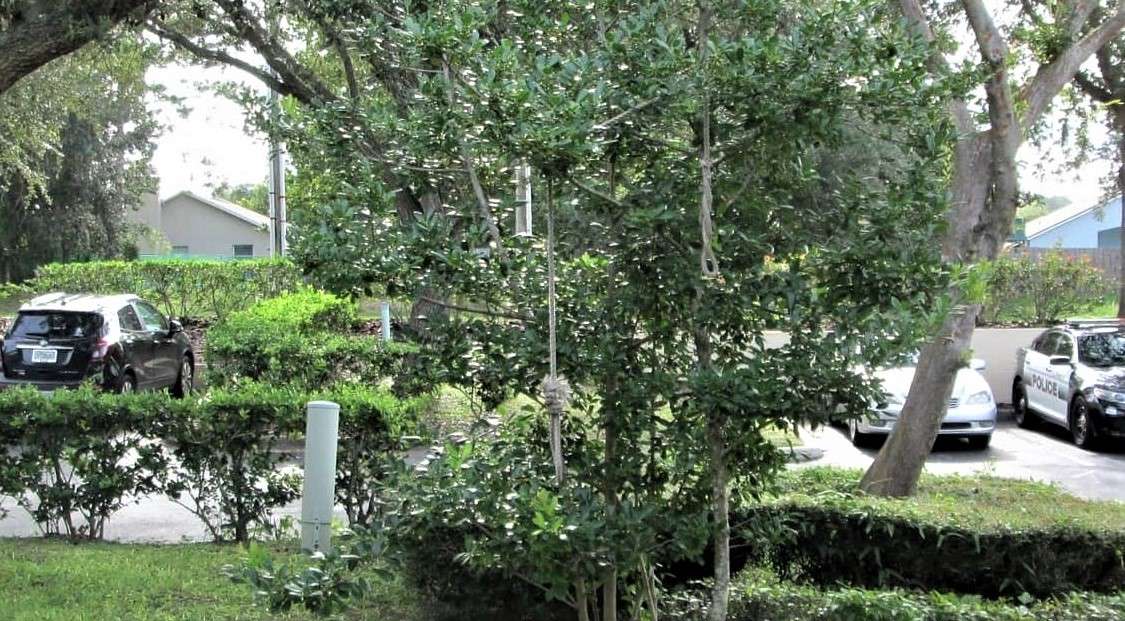 A noose was found hanging in a bush outside the Painalgia Relief Center in Clermont on Monday morning. Photo: CPD

Employees at a pain management clinic owned by a Black doctor in Clermont found a noose hanging in a bush outside the office Monday morning.

Clermont police are trying to find out who’s behind the symbol of racist violence and hatred.

An employee found the noose after arriving at the clinic Monday morning. Photo: CPD

The chief expressed “disappointment and disgust over this apparent hate crime.”

Dr. Daniel Saint-Elie said he has operated the Painalgia Relief Center in Clermont for three years and has never experienced anything like this.

“I never thought coming here that this is something that I would ever experience, nor anybody else for that matter,” he said. “You know, I wouldn’t wish that on my worst enemy. So it’s an understatement that we’ve been under shock, yes.”

Police are asking anyone who knows about the noose or may have video evidence to call the Crimeline at 1-800-423-TIPS. They’re especially looking for video or photo evidence.