Clemency Board Defers Decision On Pardon For Desmond Meade 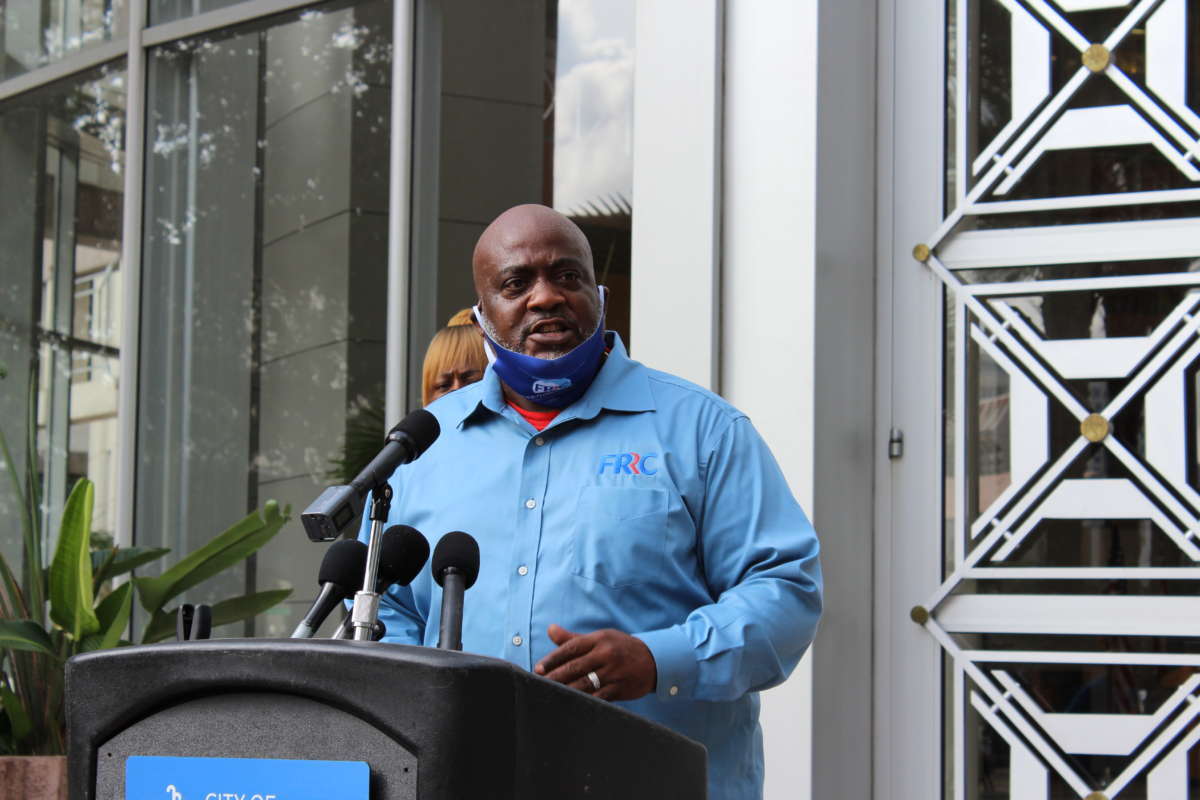 Desmond Meade, executive director of the Florida Rights Restoration Coalition, speaks at a press conference outside Orlando city hall last month. Meade has become the face of Amendment 4, advocating for the restoration of voting rights for people who have completed felony sentences. Photo: Matthew Peddie, WMFE

The Florida Clemency Board has deferred a decision on granting a full pardon to Florida Rights Restoration Coalition executive director Desmond Meade.

Meade has become the public face of the fight to restore voting rights for Floridians who have completed sentences for felony convictions, called it an arbitrary decision.

Gov. Ron DeSantis and state CFO Jimmy Patronis said they wanted more information about a domestic violence incident and a court martial.  DeSantis said the board would take Meade’s request under advisement at its next meeting.

Meade has overcome homelessness and drug addiction, graduated law school and was named one of the 100 most influential people in 2019 by Time Magazine for his work on voter rights restoration.

Meade said thanks to the passage of Amendment 4, he is able to vote, but he can’t practice law or sit on a jury.

Meade said he is donating a $75 thousand dollar award for his work on voter rights restoration, to a fund to help pay off fines and fees for people who have served felony convictions. The fund has raised more than $20-million dollars.

Earlier this month a federal appeals court sided with Governor DeSantis, who argued that completion of a felony sentence- and restoration of voting rights- includes paying fines and court fees.