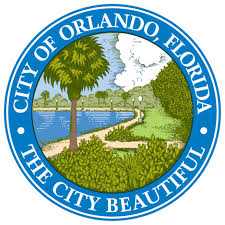 The City of Orlando will sell its stake in the closed Crystal River nuclear power plant.  At Monday’s council meeting City Commissioners voted to authorize the sale to operator Duke Energy Corporation.

The Orlando Utilities Commission had 1.6 percent ownership of the Crystal River facility. Orlando bought it in the 1970s for about $6 million – or $27 million, adjusted for inflation.

Under the terms of the agreement, the city will sell its stake to Duke Energy for less than half of that.

90.7 Economic Analyst Hank Fishkind says that’s smart because operators effectively broke the plant during a 2009 upgrade. “It’s a very good idea because it extinguishes the liability that the city would otherwise face for having to participate, as an owner of the plant, in the closing and the entombment of that plant for the next hundred years or so,” he says.

Fishkind adds that, 40 years ago, it might have made sense for the city to buy part of the plant to supply low-cost power to over ten thousand residents.  In today’s more competitive market, Fishkind says, the city might stick to buying energy – instead of its sources.