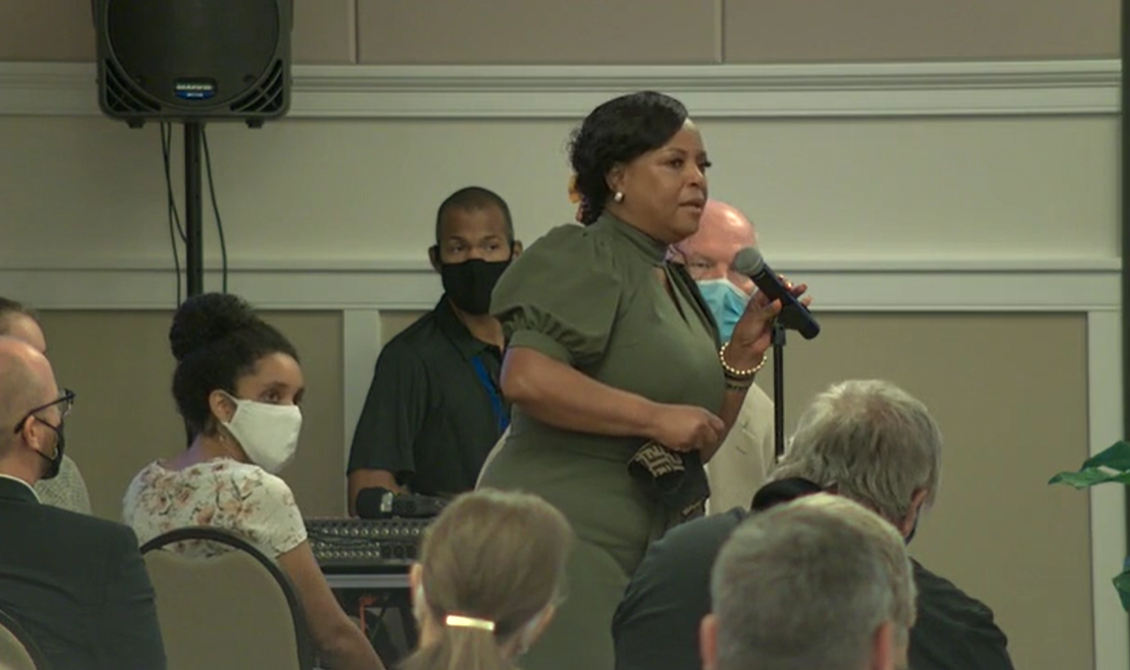 This week the City of Ocoee is marking the 100th anniversary of the 1920 election day massacre.

Descendants of the victims were among those who spoke at a symposium hosted by the city’s human relations diversity board Sunday.

The Orange County Regional History Center lists the Ocoee massacre as the largest incident of voting day violence in US history.

The violence began when a white mob lynched Julius ‘July’ Perry, a member of Ocoee’s African American community. They’d come looking for his friend who had been turned away from the polls after trying to vote.

Sha’ron Cooley McWhite, a descendant of Perry, thanked the city for acknowledging what happened to her great uncle- and countless other members of the city’s black community who were murdered or driven from their homes. Estimates of the number of people killed in the massacre range from six to more than 30.

“We’ve suffered in silence for a very long time. This has been a hurtful part of our past,” said McWhite.

McWhite said it’s important for the community to come together and bring about change.

“And yet even on this day, this very day we stand before you, which is election time, we are still engaged in discourse concerning the disenfranchisement of African American voters in America,” said Brinson.

Oliver said he was disappointed a booklet produced for the week’s events didn’t do more to highlight Ocoee’s progress towards a more diverse and inclusive city.

“We have so many reasons to celebrate. Unfortunately you cannot read about those things in this booklet which only presents a very narrow view of how we are moving forward. I would like that view to be expanded even more.”

Mayor Rusty Johnson said he’ll work as hard as he can in the last two and a half years of his term to make things right.

“If we didn’t say it the right way in the book, I apologize. You know, everybody’s not perfect. But we meant it from the heart, what we did say and what we’re trying to do.”

The city will hold events all week, culminating in the unveiling of an historic marker on Sunday.