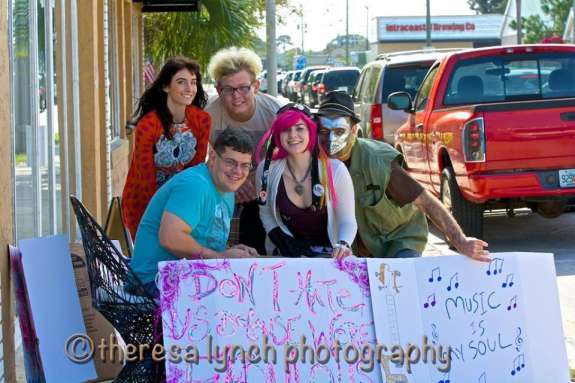 Downtown Melbourne street performers can continue to play music and show off their art—for now. The City of Melbourne recently dropped a plan to start looking into a ban or restrictions on street performances. But the issue isn’t completely settled.

The Melbourne City Council has been hearing complaints from some business owners about harassment of downtown visitors. Vice Mayor Betty Moore says she would prefer to handle complaints with laws already on the books, including the city’s panhandling ordinance.

“I don’t want to have to regulate them. I will bring it back to council if I feel that they’re doing aggressive type of begging.”

Angel Jones is a Melbourne fashion designer. She says the city’s arts and culture scene is growing. And that aggressive panhandling there has more to do with homelessness than street performers.

“Melbourne over the last five to 10 years has been expanding its culture. We have an actual arts district,” said Jones.

She has kicked off a community effort, including pamphlets and posters, to spread awareness of city panhandling and noise rules.