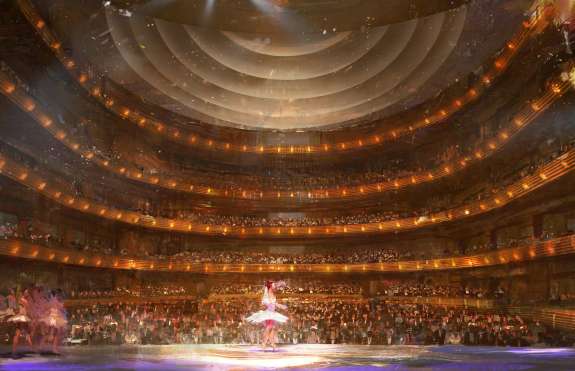 In its final phase of construction, the center will add a 1,700 seat multi-purpose auditorium. Photo courtesy of Dr. Phillips Center for Performing Arts.

The City of Orlando finalized its plan Monday to build the second phase of its Dr. Phillips Center for the Performing Arts.

The current theaters rely on amplified sound. Steinmetz Hall will be designed to transmit sound to theatregoers without amplification.

This third theater will be named Steinmetz Hall after Chuck Steinmetz and Margery Pabst Steinmetz who gave $12 million toward it.