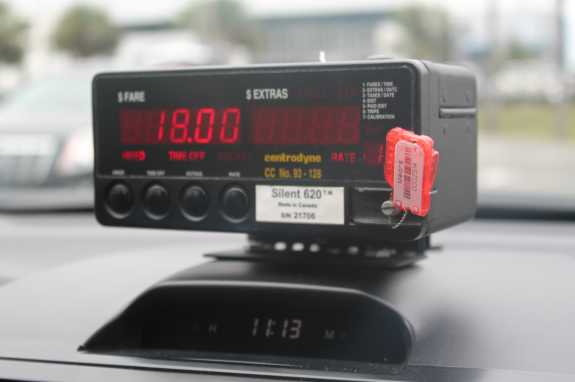 The proposed ordinance would call for companies with vehicles for hire, such as Uber, to raise fares and pay for special permits. Photo: Renata Sago, WMFE.

Safety, fairness, and affordability are priorities for the Orlando city council as it considers a proposal to regulate vehicles for hire such as Uber. At a meeting today, commissioners discussed a possible ordinance to require background checks and special permits for Uber drivers.

Mayor Buddy Dyer said he believes it’s important for livery companies -vehicles for hire- to serve all of Orlando.

The proposal would require drivers to raise their fares to $3 from 1.25 and to submit a $500 application fee for a permit.

Robert Moore, a driver for MEARS taxi service, says his company is under regulation—and Uber should be, too. He believes the proposal will bring fairness to the cab market—and to the public it serves.

“If you take out all the people in the world who are either in a wheelchair, don’t have a smartphone, don’t have a credit card they can use, guess what? Drive us out of business, they’re not going anywhere with Uber.”

“Someone in this income range—it’s going to be a cab driver or a livery driver—is doing this because they need the money and a $500 application fee is going to price most people who are participating in this out of the business.”

A spokesman for Uber says the ordinance would prevent affordable transportation, drive up wait times, and put local jobs at stake.

The city council will decide whether to approve the proposal at its next meeting in January.

Ahead of the Orlando City Council meeting, 90.7's Renata Sago took a ride with a MEARS taxi cab.

Much like UBER, MEARS released a smartphone app to call for a cab.