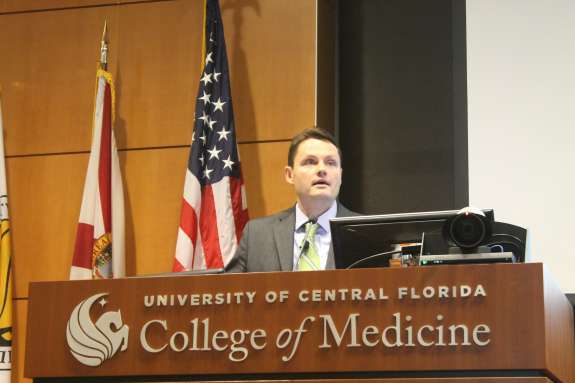 Florida officials have a new proposal to try and keep $2.2 billion health fund for the uninsured.

The Low Income Pool, or LIP, reimburses hospitals for the care of uninsured patients. The new plan would reimburse based on the quality of care.

The Agency for Health Care Administration took public comment for the first time today. Poinciana retiree Jim Guth said he supports the LIP, but doesn’t like the strings attached to federal dollars.

And he doesn’t think a Medicaid deal is coming through.

“So I think you need to look at a Plan B,” Guth said. “And maybe that is that Florida needs to take over the whole funding. It’s a possibility. There’s probably a Plan C or Plan D out there, someplace.”

Vonda Sexton with Nemours Children’s Hospital said without the LIP program, some highly specialized pediatric programs could be cut.

“If the LIP program is not renewed or replaced prior to July 1, Nemours Children’s Hospital will be forced to cut $10 million from our budget,” Sexton said. “And there’s no way to do this without creating significant hardship for Florida families. Families who are already struggling.”

The Florida House adjourned unexpectedly this week, unable to resolve health care issues like the LIP fund and Medicaid expansion. Public hearings continue this week in Miami and Tallahassee.