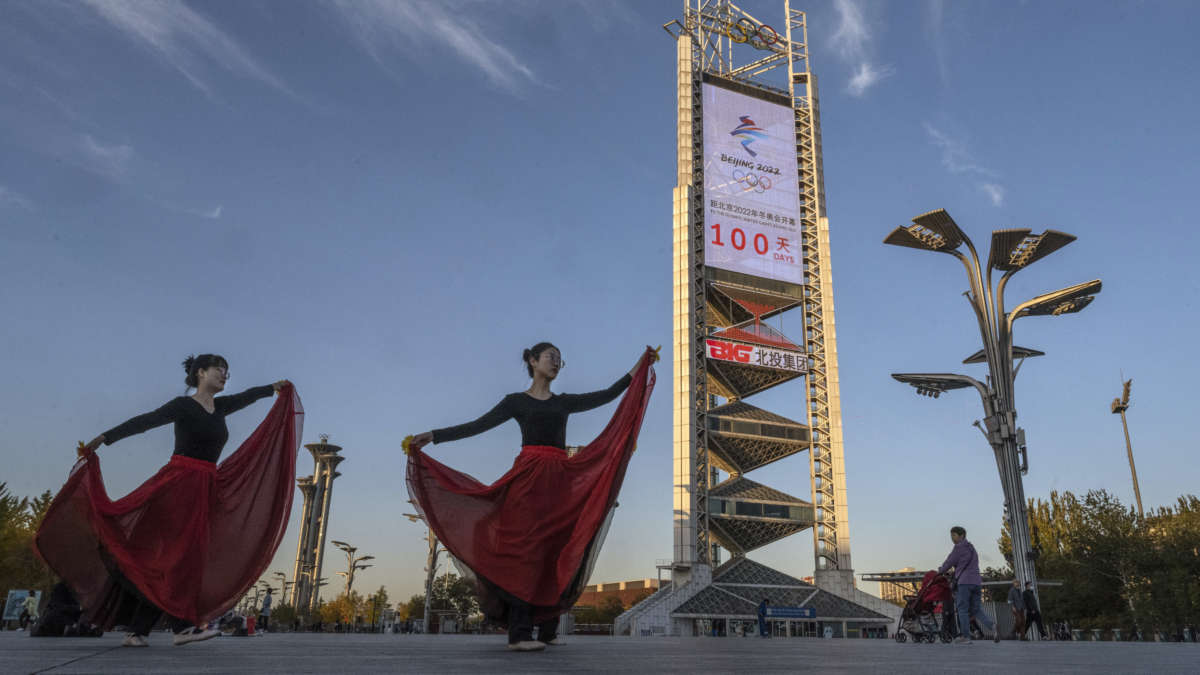 Women practice a dance routine on Oct. 27 in front of a large countdown screen showing 100 days before the opening of the Beijing 2022 Winter Olympics.
Image credit: Kevin Frayer

The Biden administration will not send any diplomatic or official representatives to Beijing for next year’s Winter Olympics, the White House announced Monday.

White House press secretary Jen Psaki told reporters that given the “ongoing genocide and crimes against humanity” in the Xinjiang region of China, the United States would not have an official diplomatic presence at the 2022 Games.

Psaki was speaking in reference to the Chinese government’s treatment of Uyghur Muslims, who have been targeted in Xinjiang over the past several years.

U.S. athletes will compete in the Olympics, Psaki said.

China has been accused of trying to leverage the popularity of a global sporting event to whitewash its poor record on human rights.