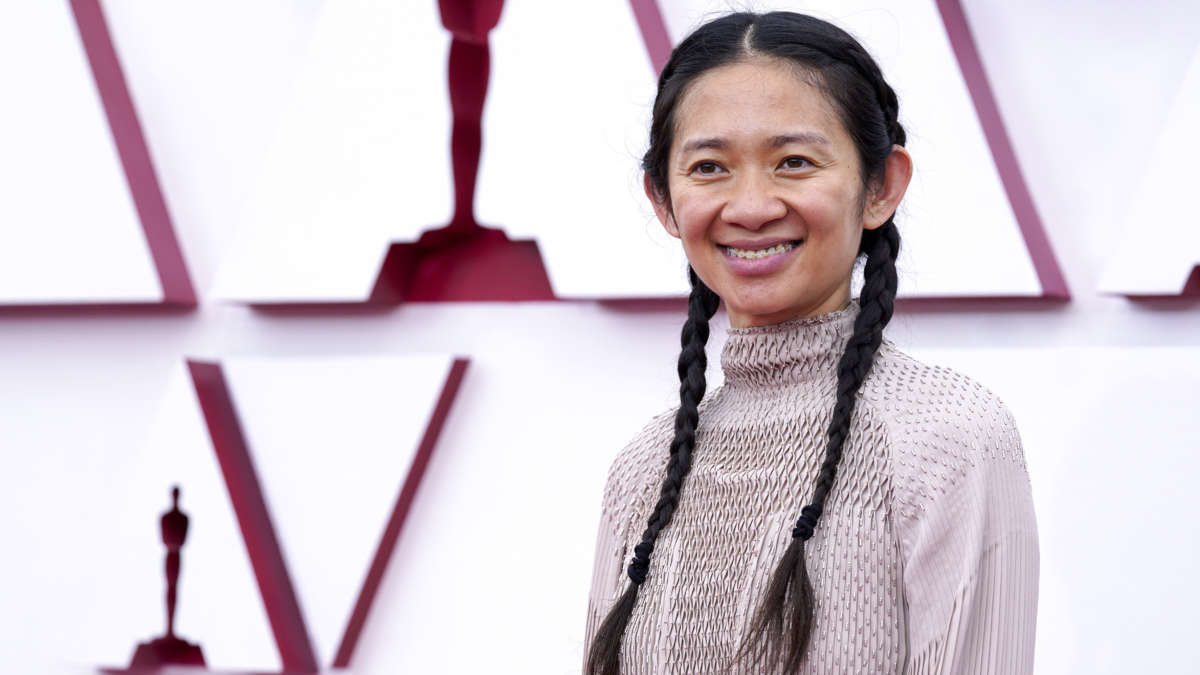 Director Chloé Zhao at the 2021 Oscars. She was the first woman to receive four Oscar nominations in a single year.
Image credit: Pool

Chloé Zhao has won the Oscar for directing Nomadland, becoming the first woman of color to win the award and the second woman to win (Katheryn Bigelow, was the first). Zhao was also the first woman to get four Oscar nominations in a single year, in the Best Film Editing, Best Adapted Screenplay, Best Director and Best Picture categories.

Nomadland offers a glimpse into the lives of older Americans who live and travel in their vehicles, mainly for economic reasons, embracing it as a nomadic lifestyle. The film’s cast includes real-life nomads.

Zhao grew up in Beijing and attended a boarding school in London before moving to Los Angeles to finish high school. She got her bachelor’s degree in political science, then studied film at NYU, where one of her teachers was director Spike Lee. At NYU, Zhao began creating her cinematic style of blending fiction and documentary.

Her second feature, The Rider, premiered at the Cannes Film Festival in 2017. It told the story of a young rodeo rider who suffers a traumatic brain injury and received the festival’s Art Cinema Award. Next up for Zhao: the November release of her directorial debut in the Marvel cinematic universe, The Eternals.