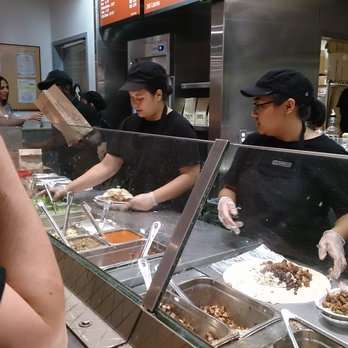 Last week, Chipotle Mexican Grill made a major announcement that makes slinging burritos for the fast-casual chain a more appealing prospect than ever. Its recruitment strategist, JD Cummings, said that beginning July 1 the company would offer sick pay, paid vacation time and tuition reimbursement for all employees, including part timers.

The decision puts Chipotle, which glassdoor.com says has an hourly pay rate of about $9 per hour, in a class of its own when it comes to the value it places on fast-food workers. While a growing chorus is calling for fast-food companies to raise pay and treat employees with more dignity, Chipotle is alone in offering such a substantial benefits package. Even before this week’s announcement, the company offered part timers reasonably priced health care, 401K plans and paid vacation time.

Under public pressure, some fast-food companies have grudgingly agreed to give employees meager wage increases and access to healthcare, but workers say it’s not enough – they believe they deserve a living wage, benefits and paid sick leave, at the very least.

Attempts to rally for these improvements are generally met with scorn by the general public as well as corporations – fast-food work is not a career, they argue, and forcing companies to use their profits to accommodate these requests would hit them too hard on the bottom line. In Florida they lobbied so hard against paid sick time that the state actually passed legislation that would make it impossible for counties to force companies to offer it.

Chipotle, however, says it’s investing in the future. Today’s burrito maker, after all, could be tomorrow’s management. And keeping talent around pays. Consider this: While many fast-food companies, including McDonald’s, are struggling to remain relevant, the New York Times just reported that Chipotle is on the upswing, breaking a billion dollars in sales in the first quarter of 2015.