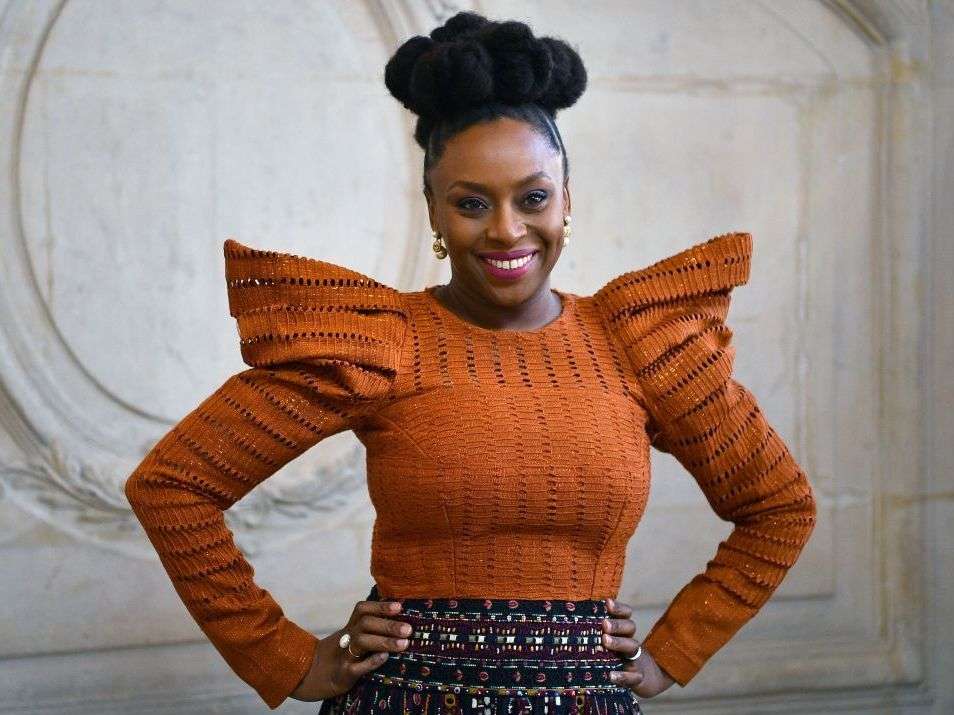 Chimamanda Ngozi Adichie — author of such books as Americanah and Half a Yellow Sun, and a celebrated feminist who has been sampled by Beyoncé — has accused a younger writer who was once her student, Akwaeke Emezi, of being an opportunist who has tried to build on her former teacher’s fame. In return, Emezi, a transgender woman, says that Adichie “hates trans people,” and is trying to use her platforms to oppress the queer community.

Both writers are frequently featured on NPR. Earlier this month, Emezi, who uses they/them pronouns, was invited to give a list of Pride Month reading recommendations on Morning Edition, and their latest book, Dear Senthuran: A Black Spirit Memoir, received a stellar review. Meanwhile, Adichie’s recent Notes on Grief was hailed on WHYY’s Fresh Air in May, and her Dear Ijeawele, or A Feminist Manifesto in Fifteen Suggestions, was named one of NPR’s Best Books of 2017.

In order to understand their current battle, you have to go back a few years — and it takes some untangling to comprehend their exchanges. In an Instagram story Wednesday, Emezi resurrected their criticisms of comments that Adichie — who has championed LGBTQ rights in Nigeria, a country where it is still illegal to be LGBTQ, where anti-LGBTQ violence is common and where Twitter has recently been banned — made in 2017 to BBC Channel 4.

In the land of 280 characters-or-less hot takes, some Twitter users were quick to equate Adichie with J.K. Rowling, who has been widely criticized for being anti-trans — and not without precedent. Last November, Adichie told The Guardian that Rowling’s comments on gender identity were part of “a perfectly reasonable piece,” from a writer whom Adichie called “a woman who is progressive, who clearly stands for and believes in diversity.” (In that interview, Adichie reiterated a familiar point: she called social media takedowns “cruel and sad … and fundamentally uninteresting,” intimating that nuanced conversation is impossible online.)

That same month, in a long Twitter thread, Emezi accused Adichie of having no regard or care for the trans community.

On Tuesday, Adichie published a lengthy essay on her own website, titled “It Is Obscene,” in which the writer attempted to bring the conversation back to specific problems she has had with Emezi and another young, unnamed writer from her workshop — not over Emezi’s gender identity, but over what she believes to be the younger authors’ personal faults — rendered in scorched-earth language.

In the essay, Adichie specifically accuses Emezi of using her name to boost their own career without asking permission — in publicity materials, on their book cover and even in applying for a visa to the U.S.

In Emezi’s Twitter thread in Nov. 2017, they noted that after the debut of their first novel, Freshwater, Adichie had asked for her name to be removed from Emezi’s bio and promotional materials, ostensibly due to Adichie’s comments about trans women. “I was okay with it,” they wrote, “because to be honest, I agreed that my connection to her shouldn’t be used to sell my work. We do not stand for the same things. I didn’t and still don’t want her name on my books.”

In riposte, Adichie writes in her “It Is Obscene” essay: “A person who genuinely believes me to be a murderer cannot possibly want my name on their book cover, unless of course that person is a rank opportunist.” (“Murderer” — that’s apparently a reference to something that Emezi wrote on Twitter in April of this year: “When you try to deny children access to healthcare, you are trying to kill them. That’s what Rowling supports, FYI, and by endorsing her, that’s what Adichie also supports. Whether you want to admit that or not.”)

As for Emezi’s charge that she is anti-trans, Adichie comments: “This woman knows me enough to know that I fully support the rights of trans people and all marginalized people. That I have always been fiercely supportive of difference, in general.”

In the “It Is Obscene” essay, Adichie also dives back into her frequent criticisms of social media and cancel culture — positions that for some observers denote an age divide. “We have a generation of young people on social media so terrified of having the wrong opinions that they have robbed themselves of the opportunity to think and to learn and to grow,” she writes. “I have spoken to young people who tell me they are terrified to tweet anything, that they read and re-read their tweets because they fear they will be attacked by their own,” she writes.

On Wednesday, Emezi posted Instagram stories and a lengthy IGTV video responding to Adichie’s essay. “She wrote an incendiary post that she knew would send hundreds of transphobic and homophobic people to our social media, flooding our mentions with violent comments,” Emezi wrote in one story. “What do you think her goal was with that? It’s not a coincidence that the writers she’s targeting are queer and trans.”

Emezi said that the video was made explicitly in lieu of giving a statement to journalists. “Here’s the thing, as we should all know by now,” they said. “You can’t ‘both sides’ oppression. You can’t ‘both sides’ when one party has power and is punching down at a more marginalized party.” They added that, especially in the context of widespread anti-LGBTQ sentiment in Nigeria, this situation has provided anti-trans and anti-queer forces another opportunity to attack those communities.