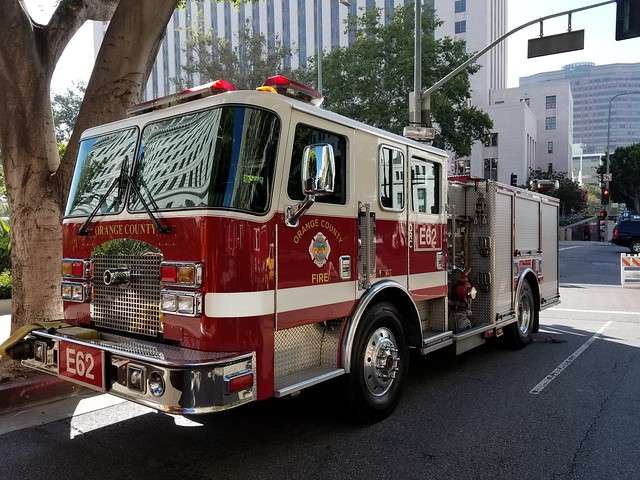 The new fire chief says departments need to do more to reduce the number of firefighters who get sick in the first place.

That way they can change out of dirty gear when they get back to the station and into a new set of clean gear.

Fitzgerald says this prevents firefighters from coming in prolonged contact with carcinogens from soot.

These chemicals that can cause cancer collect on clothing during a fire and then can enter the bloodstream through the pores of a person’s skin.

“Thirty years ago the dirtier the gear the better. It was almost a badge of honor. Today the badge of honor is clean gear. We promote it. We have standard procedures. We’re provided equipment.”

Some counties have criticized the new law because it’s not supported by state funding.

That means individual fire departments will pay to add these benefits to health insurance plans.

But Fitzgerald says if it gives sick firefighters and their families an extra safety net, they’ll find the funding.

“For the firefighters in the future that are diagnosed it will give them hope because they’ll know that we’ve had their backs in providing this coverage to them. And their families won’t have to suffer financially as they go through their treatment.”

The latest study of cancer in firefighters found firefighters had a higher risk of contracting and dying from the disease.

Firefighters were also “about twice as likely to get malignant mesothelioma, a rare type of cancer caused by exposure to asbestos.”