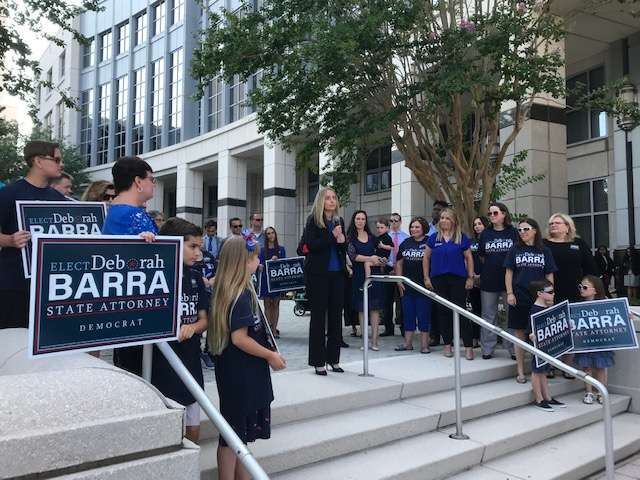 Barra says she would continue with Ayala’s death penalty panel-a group of legal experts who determine when the punishment should be pursued. Photo: Danielle Prieur

Ayala cited her opposition to the death penalty as her reason for not seeking re-election. But Barra says she would seek capital punishment in some cases.

Barra says she would continue with Ayala’s death penalty panel-a group of legal experts who determine when the punishment should be pursued.

And when the panel approves the death penalty she says it will be pursued.