Chicago To Sue Feds Over Funding Threats To Sanctuary Cities 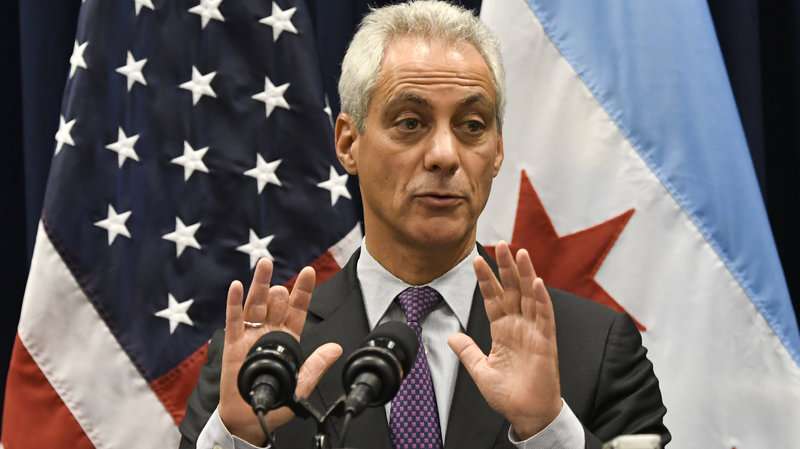 Chicago Mayor Rahm Emanuel speaks during a January news conference. On Sunday he announced the city will sue the federal government in defense of its status as a so-called sanctuary city and against threats to withhold U.S. grant funds. Photo: Matt Marton, AP

Chicago’s Mayor Rahm Emanuel is pushing back against the federal government.

On Monday, the city is filing suit against the Department of Justice which announced it would withhold millions of dollars in police grant money from so-called sanctuary cities.

Emanuel is suing because he says new rules for a federal crime-fighting grant go against the Constitution and the city’s values.

“Chicago will not let our police officers become political pawns in a debate,” Emanuel says.

But Emanuel says he refuses to choose between immigrant rights and having well-funded community police.

“We’re going to act immediately,” Emanuel says. “To make sure that there’s a ruling by the court, as there’s been on other issues as relates to immigration and refugee policies — where the court has basically stopped the Trump administration in its tracks.”

Chicago was expecting to get $3.2 million from the grant to help with crime fighting this year.

Attorney General Sessions sent letters to four other cities last week warning them that they also wouldn’t be eligible for funding: Baltimore, Albuquerque, N.M, and San Bernardino and Stockton in California.

A spokesman for the Department of Justice declined to comment.