Cheers to extra faces at the Thanksgiving table, but the turkey costs in Central Florida 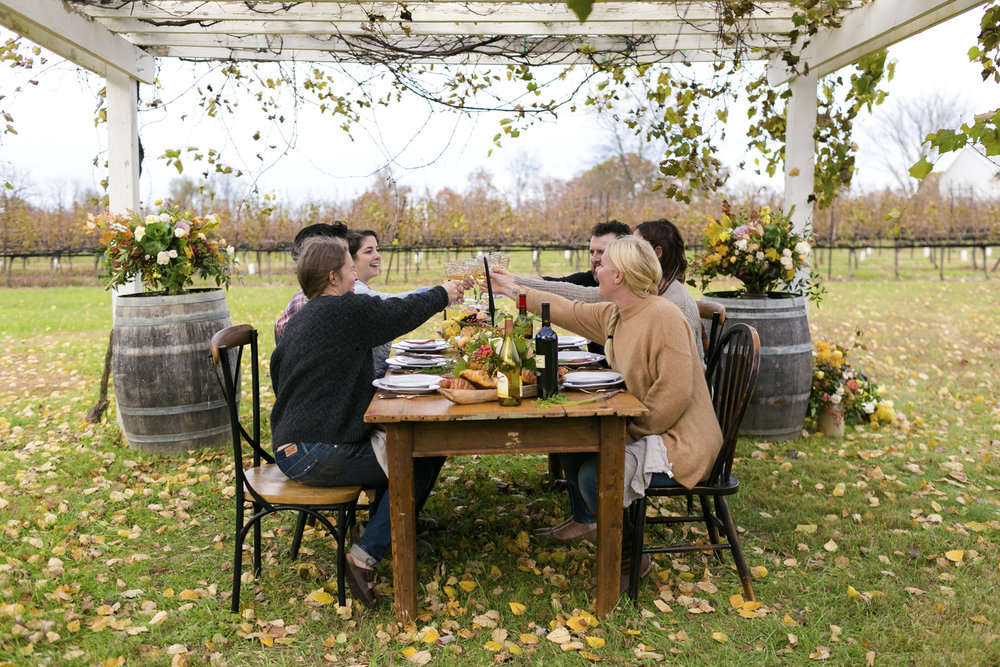 After two major storms brought damage to parts of Florida, some families will have extra people at their Thanksgiving table this year. (photo: Alicia Bruce)

Family and friends will gather around the Thanksgiving table this Thursday, but the spread may look a bit different.

Inflation has caused the price of food to rise, and two major storms this hurricane season may bring extra people to the table  this year.

WMFE’s Talia Blake talked with Greg Higgerson, Chief Development Officer at Second Harvest Food Bank of Central Florida, about the cost of the holiday dinner and where to get food if you’re in need.

As Central Floridians get ready for Thanksgiving this Thursday, they may be prepping more food for the dinner table after two major storms brought damage to parts of the state.

Greg Higgerson of Second Harvest said household sizes are increasing as a result of people coming to the region from other areas that were displaced by the hurricane.

“Households that were two people or three people, in some cases, are now six people and maybe a dog that have come here,” he said. “And for low income families, that’s a much larger burden.”

With extra people to feed this year and inflation raising the price of food, putting together a Thanksgiving meal may be more expensive than usual, according to Higgerson.

“The cost of protein especially has gone up. Everything is higher, as much as 30% higher than it has been the last few years,” he said. “I saw a gallon of milk the other day for over $6 in the store, which is just mind blowing to me.”

Since the start of the pandemic, Higgerson said Second Harvest Food bank has been distributing  enough food for approximately 300,000 meals a day in Central Florida.

When the pandemic began to slow down, Higgerson thought demand at the food pantry would slow down too. But, as things got more expensive due to inflation, demand remained high.

“And then we had hurricanes. We can’t seem to catch a break as a community,” he said. “And especially those low income folks who are just struggling to  keep the food on the table and keep the roof over the head and, and those sorts of challenges day to day.”

Food insecurity not only refers to the lack of consistent access to enough food, it also refers to the access of healthy food. At Second Harvest Food Bank of Central Florida, two-thirds of the food distributed is on the healthier side, like fresh fruits and vegetables.

“We’re pretty proud of the fact that we’re able to provide what we would call ‘foods to encourage’ or the healthier foods,” he said. “Up to 75% of what we distribute to our partner feeding programs are falling into that category of ‘foods to encourage’.”

Economic challenges like inflation and storm recovery, could have some food banks feeling the pinch as well. But not for Second Harvest, Higgerson said donations to the food pantry have remained constant.

“Because we get the majority of our food from the food industry,” he said. “We have a lot of extra food in this country, which is the silver lining of all this.”

Higgerson said their food supply and our financial gifts are still doing well. “But do we hear stories of folks that were able to give a year or two ago who are now on the other end of that? And are having to get help? Yes, we do,” he said.

If a resident is in need of help with groceries, they can visit one of Second Harvest’s 600 feeding partners, which can be found on their website feedhopenow.org.

On their website, there is a Food Locator tool that can help you find partner agencies near you.

“If you are somebody, especially if it’s first time, definitely use that food finder tool and find somebody near you,” said Higgerson. “Don’t wait. Don’t be feeling like this is not for you or something like that. If you’re a human being and you don’t have enough food, go ahead and use that and avail yourself of that help.”