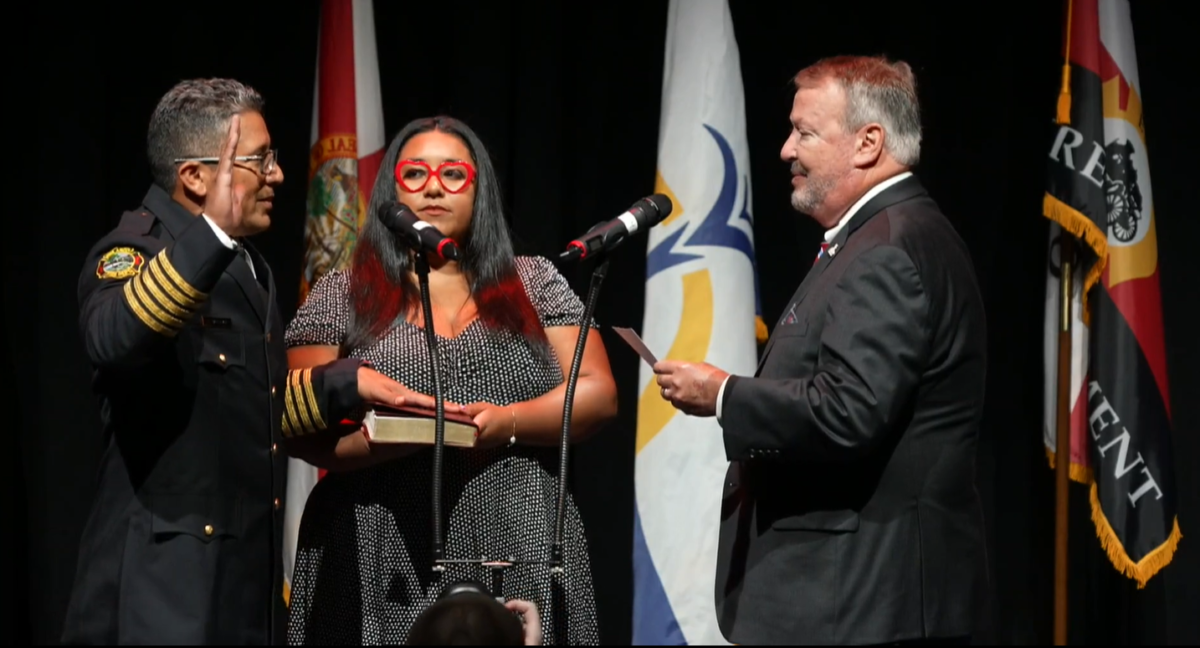 The City of Orlando officially has a new fire chief.

He took over command of the department after former chief Benjamin Barksdale resigned in October following his arrest on assault charges in North Carolina.

Salazar says he will put a special emphasis on the health of his firefighters.

“I want to reiterate the physical and mental well-being of our department’s members is important and will be a top priority so that we can be prepared to serve in full capacity. This also means that we treat each other and the residents served with the utmost courtesy and respect.”

“To promote diversity, I will continue to encourage all qualified candidates to apply to become members of this great department. To do this, I understand that the community engagement and outreach in underserved communities helps to encourage individuals from diverse backgrounds to consider joining our ranks.”

Salazar served as a firefighter paramedic and executive deputy chief in Dallas for almost three decades. His daughter Valerie helped to swear him into the office, holding the Bible that he took his oath on and pinning him.