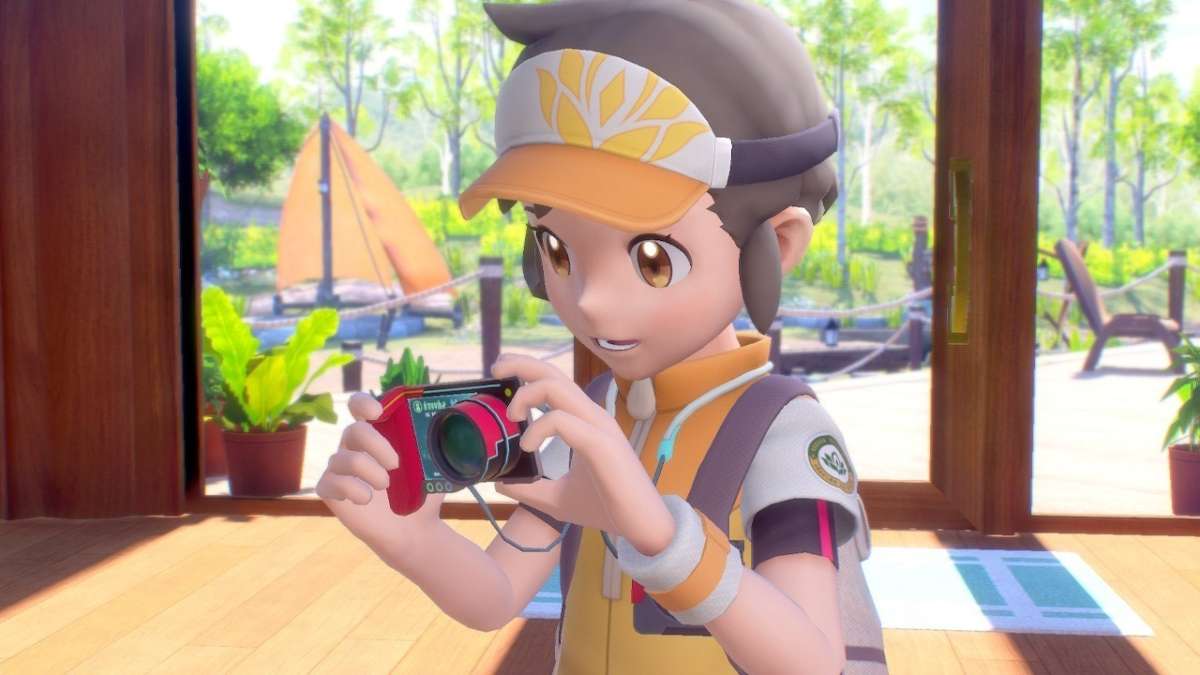 In the Pokémon Snap games, you're not capturing mons and forcing them to fight — you're taking pictures of them in their natural habitats.
Image credit: Screenshot by Kaity Kline

When I was a kid, playing the original Nintendo 64 version of Pokémon Snap was magical. It brought all the little monsters I got to know in the anime and the other games to life in a new way. In Snap, you play as a wildlife photographer, taking pictures of the original Pokémon in a 3D world, watching how they behave in their natural habitat, without the interference of the humans that normally capture, train, and battle them — the first spinoff Pokémon game to break away from that structure.

I remember the first level, moving slowly through a beach; a few Pidgey fly in front of my face so I can practice snagging some pictures. As I move through the sand, I see a sleeping Snorlax on the side of the track that will wake up and start dancing if I play some music from my Pokéflute. I throw fruit at a Kangaskhan enjoying the ocean view to make it turn around for a photoshoot.

I would play the levels over and over again to get the perfect shots and hopefully get the approval of Professor Oak, the original Pokémon Professor, who rated my photos after each level. Other people in my generation felt the same magic I did, and the original Snap actually outsold — by a little — another classic N64 game, The Legend of Zelda: Majora’s Mask, a favorite of many Zelda fans.

But it’s been 22 years since the release of the original Pokémon Snap. I’ve seen hardcore Pokémon fans online beg for a new version for years, and when the Nintendo Switch was released the calls intensified. The Switch is a pretty ideal console for a new Snap, since its handheld size and motion control capabilities give it the feel of a real camera.

I thought the series had been abandoned forever, but a long-awaited sequel has arrived in the form of New Pokémon Snap. It’s a brand new game that includes 200 Pokémon from every generation, versus the 63 from the first generation. (Though if you’re more of a fan of the earlier Pokémon, there are plenty of them in there.) And even if you aren’t familiar with all the new mons, seeing them in action will charm you and give you some new favorites.

New Pokémon Snap isn’t just a reboot, it’s an entirely new game. You’re still a photographer, but now you’re exploring a new area called the Lental Region, made of islands to travel between. Instead of Professor Oak, you’re taking photos for Professor Mirror (who is WAY nicer with his criticism of your photography) and his research assistant Rita. They want to learn more about a scientific mystery new to the game that causes Pokémon to glow and behave differently.

Many things remain unchanged from the original game — like the ability to distract Pokémon by chucking apple-like fluffruits at them.
Screenshot by Kaity Kline/Nintendo

Like the original game, you can throw apple-like fluffruit at mons to get them to make new poses or lure them out of hiding, but the original game’s pester ball has been replaced with a glowing orb that you can fling at Pokémon to make them shine and pose. You can also play a melody to make them dance or strike a pose, just like you could with the Poké Flute in the original

But there are some new mechanics in the game that you unlock as you proceed — for example, a scan button that labels Pokémon near you and their location, making it easy to catch everything a level has to offer.

The game will take you through forest, island, and desert maps filled with different Pokémon that show off their adorable personalities in their natural habitats. As you enter one level in a park, there are herds of buffalo-like Bouffalant, scattered across a long grassy field next to a river. Clouds of butterfly Pokémon called Vivillon flutter around in the air, sporting different wing colors and patterns depending on the environment they’re in.

Passing through the same place at night, you’ll see the same Bouffalant sleeping in the grass — but now surrounded by completely new Pokémon. It is absolutely adorable seeing some tiny monsters climb up on top of their significantly bigger pals, curl up, and go to sleep without their friends noticing.

Buffalo-like Bouffalants and flying Vivillons frolic in a grassy field — come by the same spot at night and new mons will appear.
Screenshot by Kaity Kline/Nintendo

Then there’s an open desert filled with huge mountains of sand that ground-type Pokémon burrow themselves into and disappear. At one point I see a huge tornado suck up two small Pokémon with extraordinarily bad luck, flinging them into the ground. I throw a fluffruit at Cacnea, a small cactus mon that got sucked into the storm, and it gets stuck on the little guy’s head spikes.

One of the main complaints about the original Pokémon Snap is that it is too short, with only seven courses. There are only a few more in the new version, but I do think each one is far more replayable because of the day and night versions, and the ability to level up the maps to see new Pokémon and behaviors.

There are also a lot of new tasks to complete — the game challenges you to do things like take pictures of an Eevee playing with other Pokémon, or a sleeping Arbok, or to lure hidden mons out of the bushes with fruit. Figuring out how to get them to do what you want them to will keep you playing levels over and over again.

But in the end, I just wanted more courses and Pokémon included, especially for a game released in 2021 and priced at $60. There are 893 Pokémon in total — but only around 200 show up in New Pokémon Snap.

Still, if you were a fan of the original Pokémon Snap, there is no question that you’ll love this one. It’s great for Pokémon fans, kids, and adults looking for a relaxing game where they can channel their inner wildlife photographer and chill out.

Kaity Kline is a columnist for NPR’s Join the Game and a producer on 1A. She is a native of New Jersey, a lifelong gamer, and a former gaming YouTuber. She tweets at @kaitykline