Changing Of The Guard In Hollywood Government: City Swears In Its First Black Commissioner 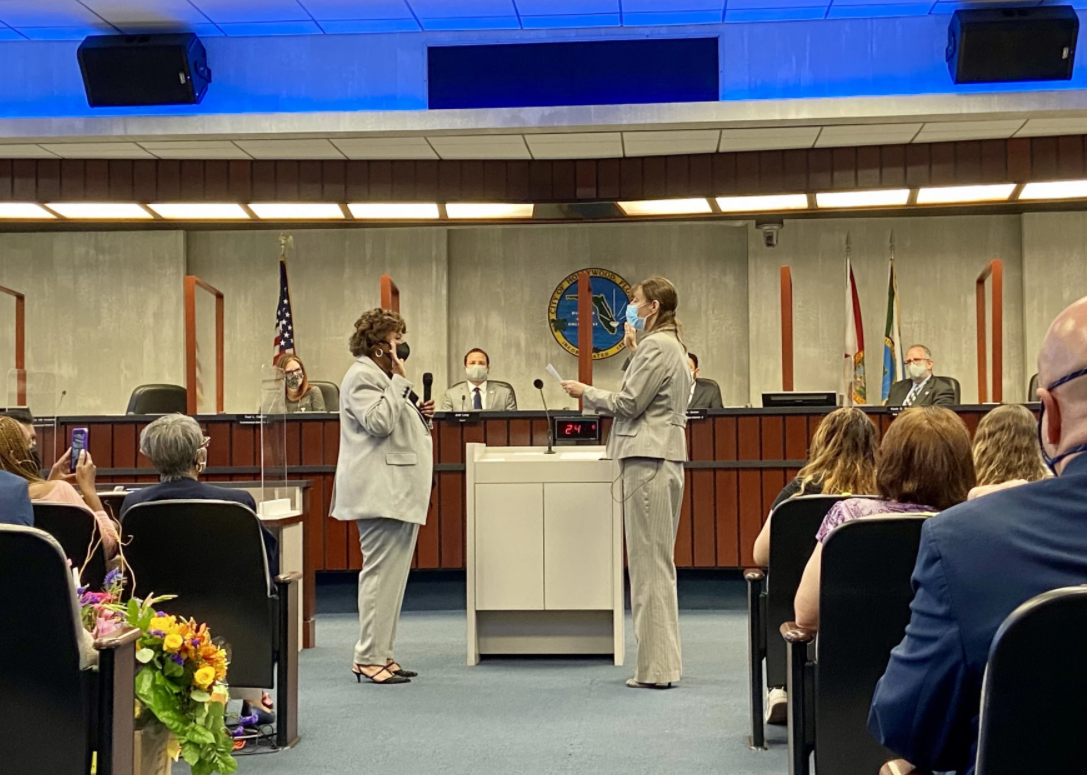 There’s a changing of the guard inside Hollywood City Hall.

WLRN’s Caitie Switalski Munoz tells us, two longtime incumbents on the city commission said their goodbyes on the dais yesterday and two newcomers were sworn in, including the city’s first Black commissioner.

He served on and off the commission since 1994.

“I was going to put together a list of things that if I were gonna be here for the next few years, that I would want to work on, but I thought that was very presumptuous of me. I’ve run for commission 11 times and I didn’t always win as you know. My wife never wanted me to run but she tolerated it and I want to thank her.”

He became emotional reading, “Casey at the Bat,” before leaving the dais

One of the two new city commissioners sworn in is Linda Hill Anderson. She is the city’s first Black commissioner. And she also adds to the now female majority city leadership.

“I, Linda Hill Anderson, do solemnly swear that I will support, protect and defend the constitution, laws and government, of the United States.”