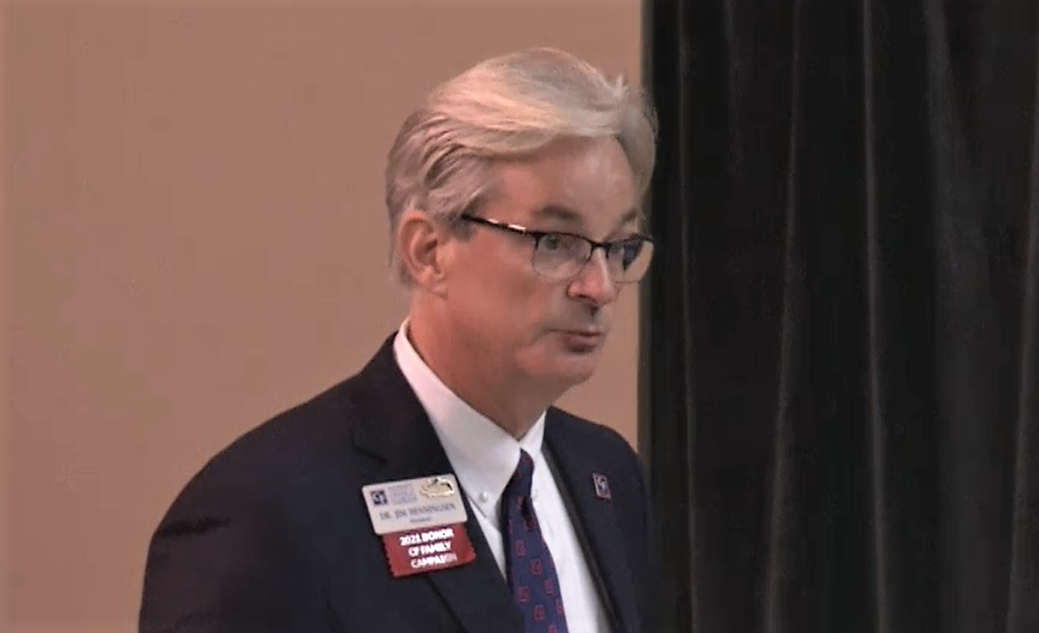 CF President Jim Henningsen speaks to the Marion County Commission at a recent meeting. The county has committed $2 million as a local match for the new nursing education building. Image: Marion County via video

A study released by the Florida Hospital Association forecasts a statewide nursing shortage that could hit The Villages especially hard.

And in Ocala the College of Central Florida is racing to help meet the demand.

The study, by IHS Markit, projects a shortfall of 12% among RN’s and 30% among licensed practical nurses by 2035.

Some areas will have extreme shortages. The Villages, for instance, could have only about 30% of the nurses it needs.

A few miles to the north, College of Central Florida President Jim Henningsen is answering the demand for health care education.

“We’ve already grown our nursing program by 50 percent in the last five years by making tough choices on older programs and closing them down to repurpose those resources,” he said. “But right now we’re full court in terms of trying to get funding done so that we can expand faster.”

He’s lining up money from the Legislature, local sources and donors for a new $16 million nursing education building that could open in about two years. CF’s two-year program would increase by 50 students to 325.