Central Floridians with connections to Ukraine speak out on Russian invasion 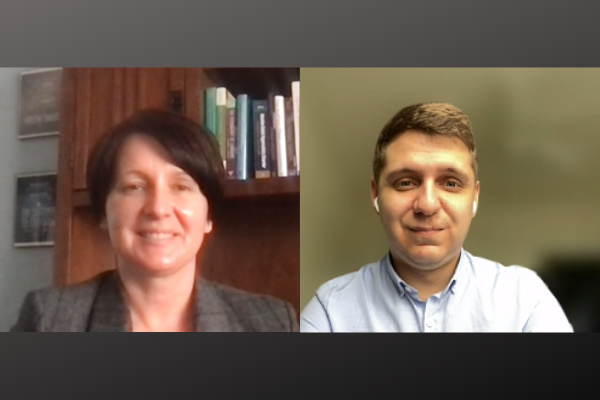 Central Floridians with ties to Ukraine are speaking out as the Russian invasion of Ukraine stretches into a second week. Dr. Oksana Hagerty, a psychology professor at Beacon College, has family in both Ukraine and Russia.

Hagerty’s sister lives in a town near Kyiv. She says four families who fled from Kyiv and Eastern Ukraine are sheltering with her sister.

“She told us that she has no doubt that Ukraine will win, except she doubts they will survive. This is this is the reality of it.”

Hagerty says she believes the Russians thought they would easily topple the Ukrainian government, falsely assuming the people don’t support it.

“We do support our government, good or bad. This is the advantage of democracy. And I can see it and Ukrainians are really, really paying the price, a terrible price to show it to the world.”

Hagerty says since the war began she has received dozens of calls and emails from Americans asking what they can do to help.

“It’s just amazing, how really kind and caring you guys are. So I wanted to say that, just remember about it, think about it, and do what you can: talk to your representatives, talk to your senators, and don’t allow the world to forget.”

Dr. Miroslav Shapovalov, who lectures in political science at the University of Central Florida, says it has been remarkable to see how Ukrainian president Volodymyr Zelenskyy has responded to the invasion.

After his election, says Shapovalov, “people started realizing that he may not be the best choice after all, he does not fully deliver on his promises.”

Shapovalov adds that Zelenskyy was criticized for his attempts to negotiate with Russian president Vladimir Putin over Donbas and breakaway territories in Ukraine.

“But what we’re seeing now is really quite remarkable. He is, according to some of my Ukrainian friends and contacts, a true wartime leader,” says Shapovalov.

“He has been doing a great job holding the fort and leading the country, and making sure that panic does not spread. It has been so remarkable that even his long time political rival Petro Poreshenko has returned to Kyiv and is now making joint statements with him and is contributing to the defense of the country and the capital.”

Shapovalov, who studied the Ukrainian territorial forces, says they are now playing a key role in the defense of Ukraine.

“And there are millions of people who are used to living in this state of conflict and who are used to supporting the military, enforced by the Russians or the separatists. And I feel like this is going to be the decisive element in what is going to unfold in the coming months.”