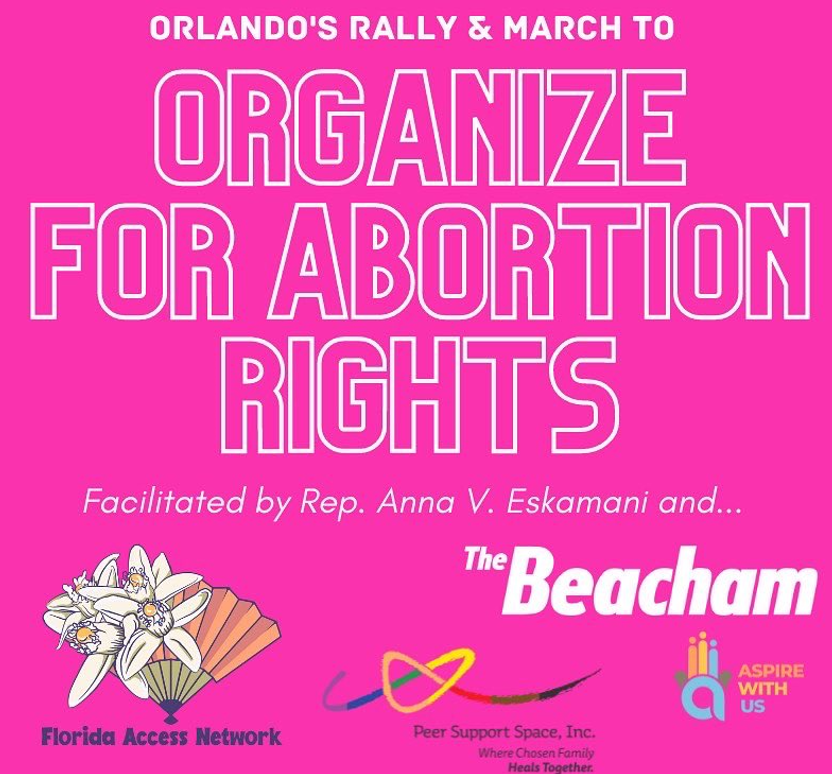 Our team alongside @FLAccessNetwork & others have been working overtime to help confirm the details for Monday’s Abortion Rally & March. Details in graphics (alt text included).

Plz share with family, friends and anyone who cares about their collective rights & freedoms! ⬇️ pic.twitter.com/7b6nkmnOWG

Participants will march from The Beacham to City Hall starting at 5:30 pm Monday calling on the state to enshrine certain protections for early-term abortions.

The rally follows nationwide protests over the weekend including in Florida’s capitol, Tallahassee.

Follow WMFE’s coverage of the historic Roe vs. Wade overturn, at wmfe.org.