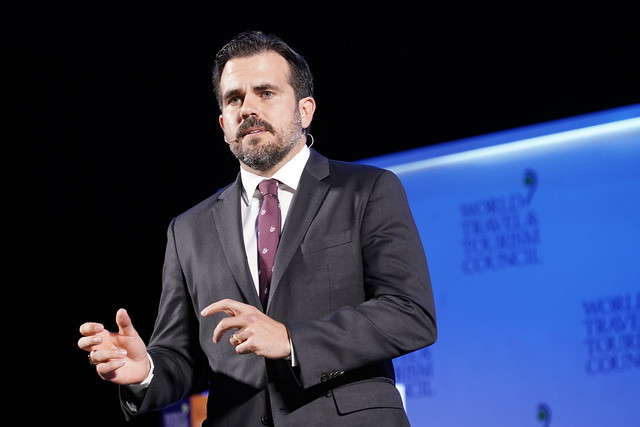 Demonstrators are planning to gather this evening at Lake Eola to call for the resignation of Puerto Rico’s governor.

He says there also will be a silent candlelight vigil in protest of Governor Ricardo Rosselló’s plans to remain in office through the end of his term.

Marcos Vilar of Alianza for Progress says the demonstrators want to show solidarity with those in Puerto Rico who have been staging an all-day protest.

“Resignation is obviously the number one thing that we’re calling for. This governor has no legitimacy left. No way that he can bring back control of the government and show any positive corrections. He lost his opportunity. He’s lost the confidence of the people.”

The protests are over Rosselló’s texts with members of his administration that were misogynistic and homophobic-they also mocked the Hurricane Maria dead. The Lake Eola event starts at 7 PM.