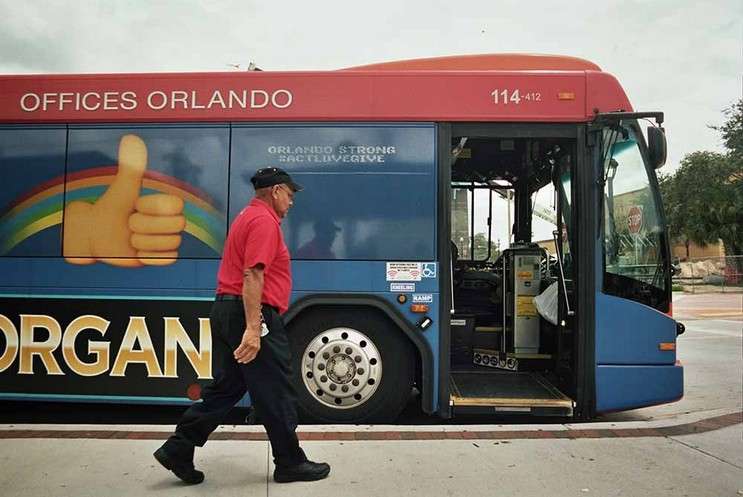 Three hours before his shift starts at a hotel near Disney Springs, Daniel Paredes hops on the Lynx bus 56 headed to Magic Kingdom, earphones already in and a book in hand.

To be on time for his shift in the laundry room of the Radisson Hotel at 3 p.m., Paredes is out on the Columbia Avenue bus stop in Kissimmee by noon. After getting to Magic Kingdom, he takes another bus that leaves him near a Burger King on State Road 535, where he walks a quarter-mile to his job. In total, his trip to work takes about two hours. When his shift ends at 11 p.m., the buses aren’t running anymore so Paredes pays an Uber driver about $15 to take him back home to Kissimmee, a 25-minute drive. Over a week, he spends about $86 just on transportation out of a small paycheck.

He’s one of thousands of everyday riders in Central Florida who use the Lynx public transit system. While many appreciate the service, riders and transportation advocates say rides to work or school can take hours, with very little service in Orlando’s outlying areas or after a certain time of day. Sometimes, that means workers who miss their bus are forced to sleep at work.

Lynx CEO Edward Johnson says Central Florida is no different than other communities who don’t have enough public transit but also don’t have the resources to add more services. But these issues won’t be solved by transportation officials alone, Johnson says. It’s going to take a community to come up with a plan for better mass transit in Central Florida.