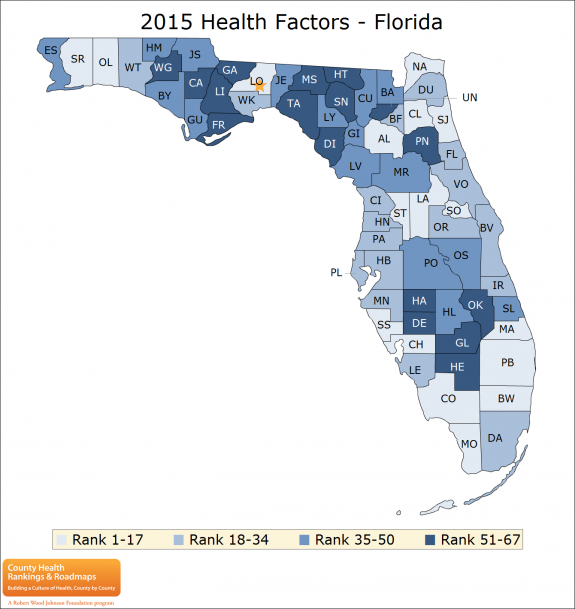 The Robert Wood Johnson Foundation released health ranking for all of Florida.

Central Florida is home to some of the healthiest and least-healthy counties in the state.

Consider it the good, the bad and the ugly.

On the good side, Miami has the lowest premature death rates in the state.

And deaths from injuries, intentional or otherwise, were lowest in Miami-Dade, followed closely by Osceola, Seminole and Orange counties. Also good.

Then there’s the bad: Orange County’s violent crime rate has been trending down, but still ranks sixth in the state and has the worst rates for a major metro area.

And 40 percent of Osceola County’s population was getting drinking water that’s had a health-based violation in the last year, the third worst showing in Florida.

Ready for the ugly? And lawmakers may want to pay attention.

Tallahassee’s Leon County, Florida’s seat of power, has the highest rate of new chlamydia infections in the state.