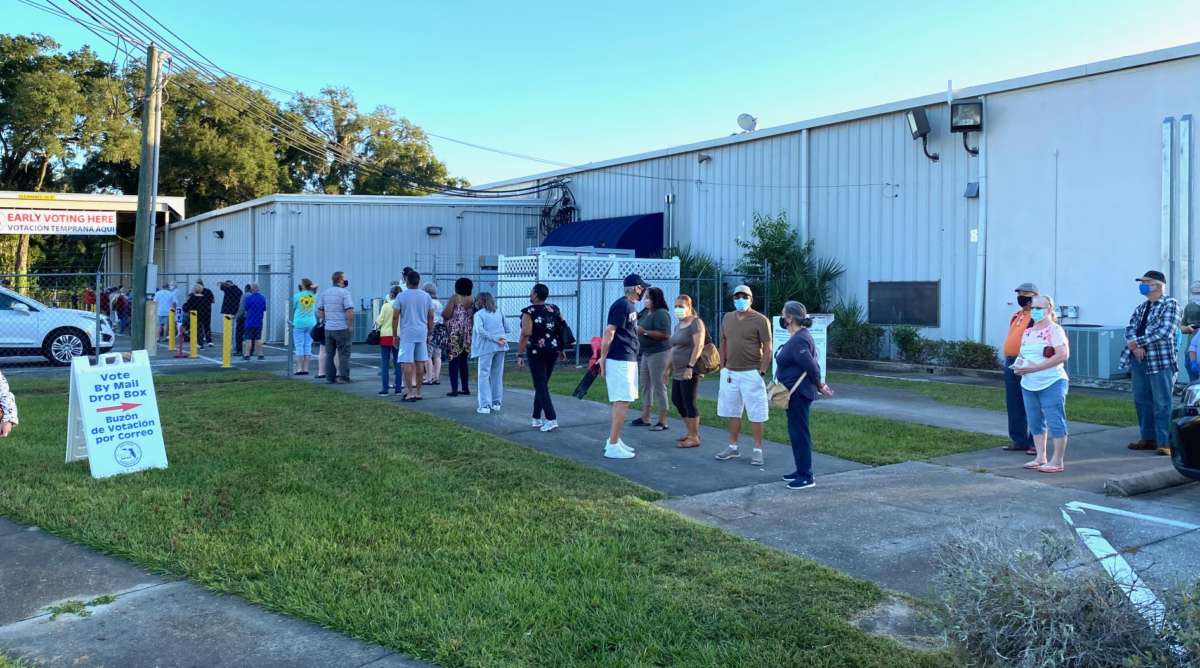 Ocala voters were out early for the first day of in-person voting in Marion County. Photo: Joe Byrnes

Some voters in lines didn’t totally trust voting by mail — or said they just wanted to get this over with.

Shortly after 8 a.m., the line of voters stretched around the corner at the elections office in Ocala.

By 3:45 p.m., more than 7,000 had voted at nine locations in the county. So far, with mail-in ballots and early voting, about 22 percent of county voters have already taken part in the November 3rd election.

Statewide, two and a half million have already voted.

Biden supporter Dot Hillman was in line with a friend.

“I’ve always voted by mail, but this year it’s so important I wanted to vote in person,” Hillman said.

A little farther down the line, Joey Amodeo was waiting to vote for Trump. It wasn’t a hard decision for him to come out early.

“Just to get it over with, get it done, get back to work,” he said.

There were dozens of voters in the line, but it was moving quickly.

Early voting has started in all Central Florida counties except Sumter, where it begins on Tuesday. Early voting locations are posted on the supervisor of elections’ websites.

Note: This page was updated with new voting numbers at about 4 p.m.