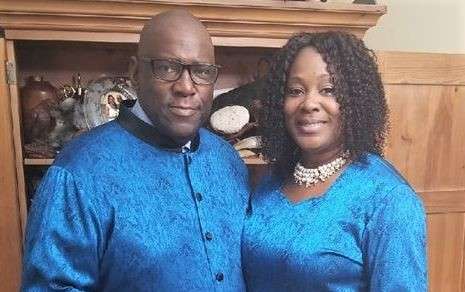 Central Florida Pastor Charles R. Jackson has filed a federal lawsuit against the African Methodist Episcopal Church and others over the alleged mishandling of millions of dollars in retirement funds.

It’s one of three class-action lawsuits on behalf of the thousands of pastors who lost 70 percent of their retirement funds.

He tried to withdraw most of his retirement money in September, but eventually learned only 30% remained. And that is unavailable.

He said he knows retired pastors who no longer get their monthly payments.

Now,” he said, “considering we have 13 episcopal districts on the big island of the United States of America and there are retirees in all of those districts who are suffering the same ills — they are retired with now income.

Jackson said he’s a third-generation pastor whose family connection to the AME Church goes back to 1867.

“And for this to have happened leaves much to be desired in a trust form,” Jackson said. “I’ve lost a great deal of trust in the church.”

On March 22, Jackson filed the federal lawsuit in Tennessee, against the church, the financial companies involved, the retirement fund and its former manager. The suit alleges negligence, breach of contract, breach of fiduciary duty and more.

There are at least two other lawsuits. One claims that nearly $100 million was lost with risky investments.

“This is their hard-earned money that has now been lost,” Francis said, “and it’s our intent to hold those responsible who had the fiduciary duty to look over the fund and invest the fund.”

On its website, the AME Church says it may have been the victim of a financial crime and promises to make “every fund participant whole.” The church has not yet said how they plan to do that.