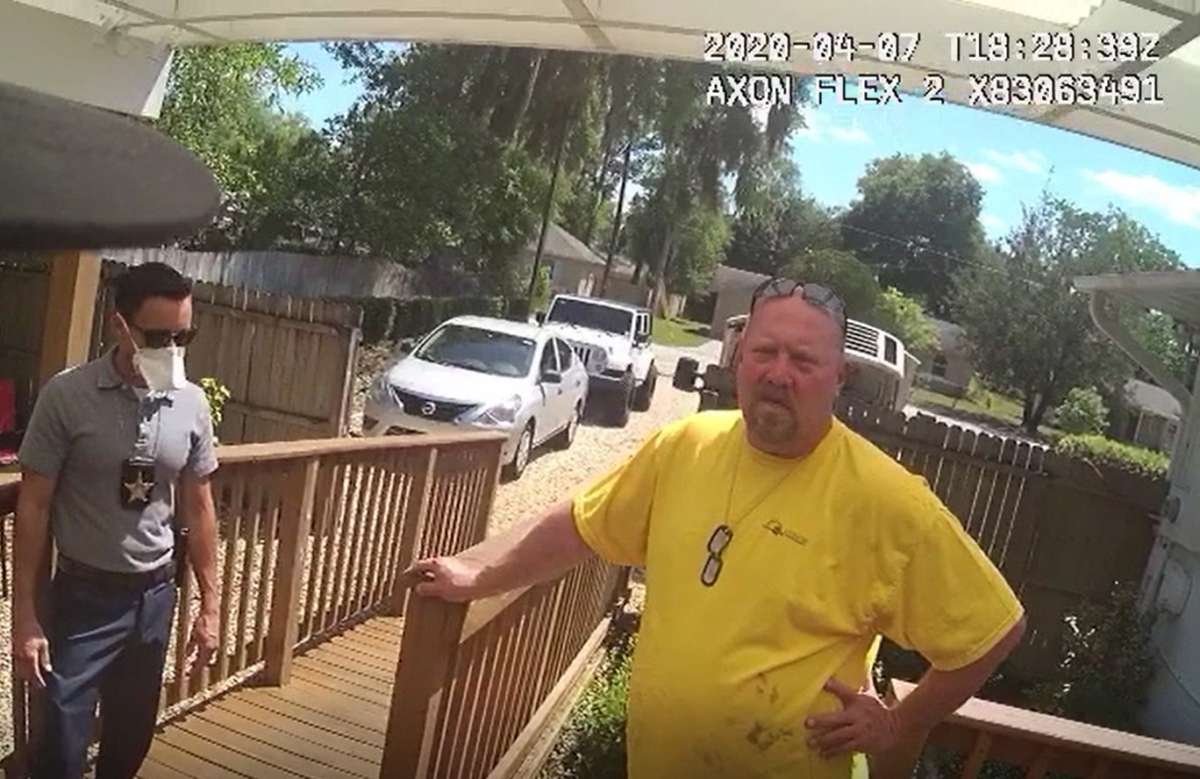 Christopher Canfora, shown in this image from body cam video, spoke with a sheriff's deputy and detective at his home in DeBary on Tuesday afternoon.

A Central Florida paramedic was arrested on suspicion of aggravated assault Tuesday, after a Volusia County sheriff’s deputy says the man intentionally coughed on a store clerk.

An arrest report says Canfora was checking out Tuesday morning at Harbor Freight Tools in Orange City. A cashier and her assistant manager said he complained about the COVID-19 response getting out of hand and made fun of the boxes on the floor for social distancing. Then, they said, he forcefully coughed all over the clerk and the counter.

The arrest report says Canfora told them he was going to a Winn-Dixie next and would do the same thing there.

The store manager said “the really disturbing evidence” was that Canfora wore a shirt that said first responder.

Later, on a deputy’s body cam video, Canfora said he was feeling happy-go-lucky at the time and that they talked about things getting out of control with the virus. He says he didn’t cough on anybody.

“That’s what I was talking about with my partner,” he says. “People are just way out of control. Everyone’s freaking out about this virus. Okay. So, I’m a little offended by that.”

Canfora later told the deputy he has no symptoms of the coronavirus and that he doesn’t expect anyone to understand his sense of humor.

He was booked on the felony and was out of jail on Wednesday. An attempt to reach him by phone was unsuccessful.

Terence Ramotar, a spokesman for AMR, said Canfora is a part-time worker for the company. He has been placed on administrative leave pending an investigation.