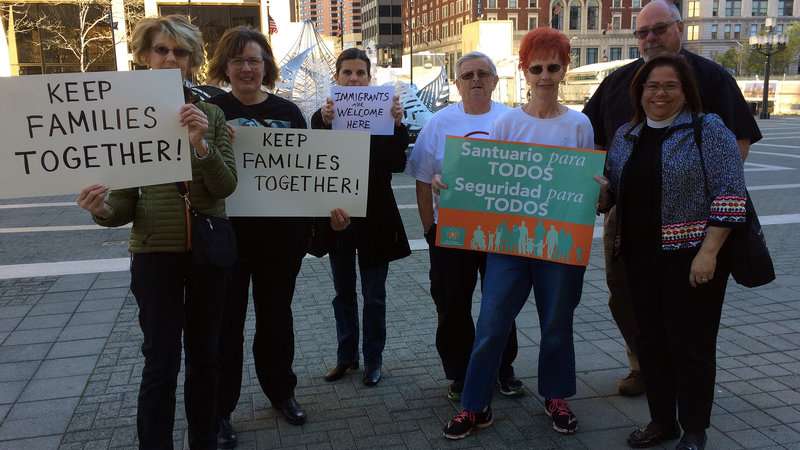 Central Florida lawmakers and young immigrants will share a meal and conversation Monday evening about the uncertain future of the Deferred Action for Childhood Arrivals program, or DACA.

An estimated 100,000 youth in Florida are eligible for the program, which was initiated under the Obama administration in 2012.  DACA beneficiaries are eligible for a work permit, a driver’s license, and a deferral from deportation. Many are students and young professionals.

With the program at risk of ending under President Trump, Juan Escalante, a DACA benficiary, has organized a “Dreamer Dinner” in conjunction with America’s Voice, an advocacy group. He wants the dinners to be conversation starters for people who are not familiar with DACA.

“And essentially illustrate to them the devastating effects of so terminating a program that has helped so many people become contributing members of our society,” Escalante said.

These dinners will be taking place across the country. Their purpose, overall, is to make elected officials and the public aware of the impact DACA beneficiaries have on their communities.

“But what will also be the implications for some other constituents and local residents if this program is eliminated by the Trump administration in the weeks to come,” Escalante added.

In Florida, so far only democratic lawmakers have participated, America’s Voice is hopeful that republican officials will take part in future conversations.