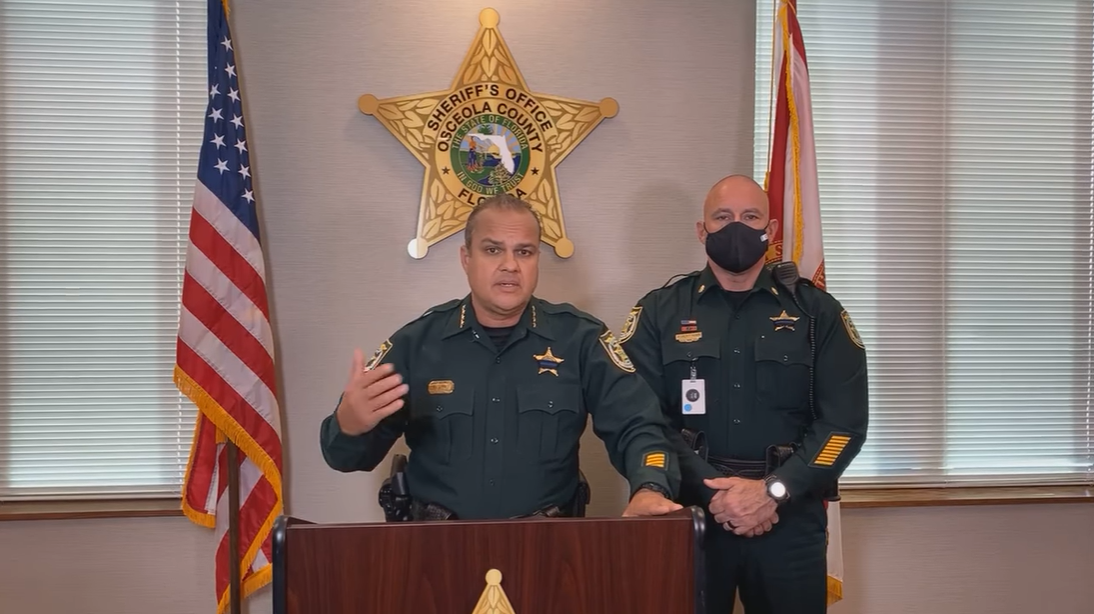 Under threats of possible violence at the state Capitol, law enforcement agencies in Central Florida said they are prepared for Wednesday’s inauguration.

Following the attack on the Capitol on Jan. 6, authorities across the U.S. have been monitoring online chatter about potential armed protests at state capitals.

Tallahassee PD has been coordinating with federal, state, and local government and law enforcement agencies in case of unrest. Osceola County Sheriff Marco Lopez said his deputies will be providing “extra support.”

“We sent a twelve-man team up to Tallahassee, the Capitol, at the request of the Florida Sheriff’s Association,” Lopez said.

Though Osceola County authorities don’t believe there will be civil unrest in their area, Lopez said that, like many other counties, they are still taking precautions.

“We’re just waiting it out,” he said. “We got extra patrols out, just in case, and that’s pretty much all we can do. We really look forward to making sure this is going to be a peaceful inauguration, especially locally.”

Not all Central Florida officers are on high alert, however. Some, like Brevard County Sheriff Wayne Ivey, say they are as ready as they ever have been for any possibly scenario any time.

“We always have a strategy in place,” Ivey said. “We don’t wait for the emergency to happen to go into action, but I’m very confident that we’re not going to have any activity here on inauguration day.”

Ivey said he feels Brevard County is “very blessed” when it comes to events like these. He said the residents have proven to be respectful and lawful and that political rallies and protest demonstrations don’t tend to escalate into violence.

“It’s actually a great place to work as a law enforcement officer because our citizens work with us every day, and we don’t have that kind of activity that takes place,” he said. “I think we’ll see things go just as they should.”

Lopez, who was just sworn in as Osceola’s first Hispanic sheriff on Jan. 5, said that his older, more conservative county residents have expressed concerns for their safety and have inquired for advice should the worst happen.

“They want to know, should they stay home, should they not,” Lopez said. “As of right now, I say resume everything as normal. If something changes, we will definitely put it out there.”

The incoming Biden administration advised people not to travel to Washington D.C. to attend the ceremony.