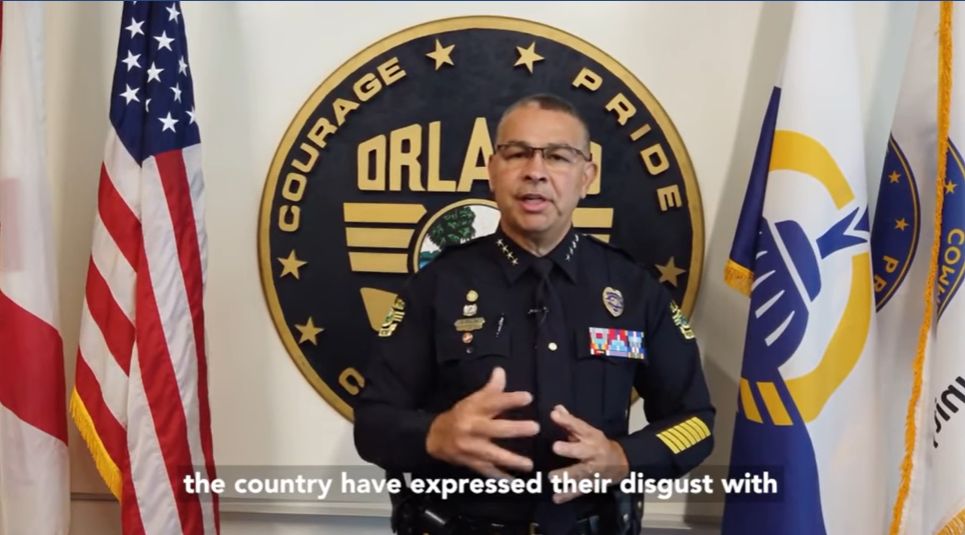 Orlando Police Chief Orlando Rolón addresses the death of George Floyd in a video on Facebook.

Law enforcement leaders in Central Florida have joined a chorus of police chiefs from America’s big cities condemning the death of George Floyd in Minneapolis.

He died after a police officer knelt for several minutes on his neck.

Video shows the handcuffed black man pleading for help. He said he couldn’t breathe and was about to die. Other officers stood by and watched.

On Wednesday, Orlando Police Chief Orlando Rolón retweeted a chiefs association statement calling it deeply disturbing. He adds that cops should not hesitate to prevent a fellow officer from, in his words, “performing their duties contrary to our high standards.”