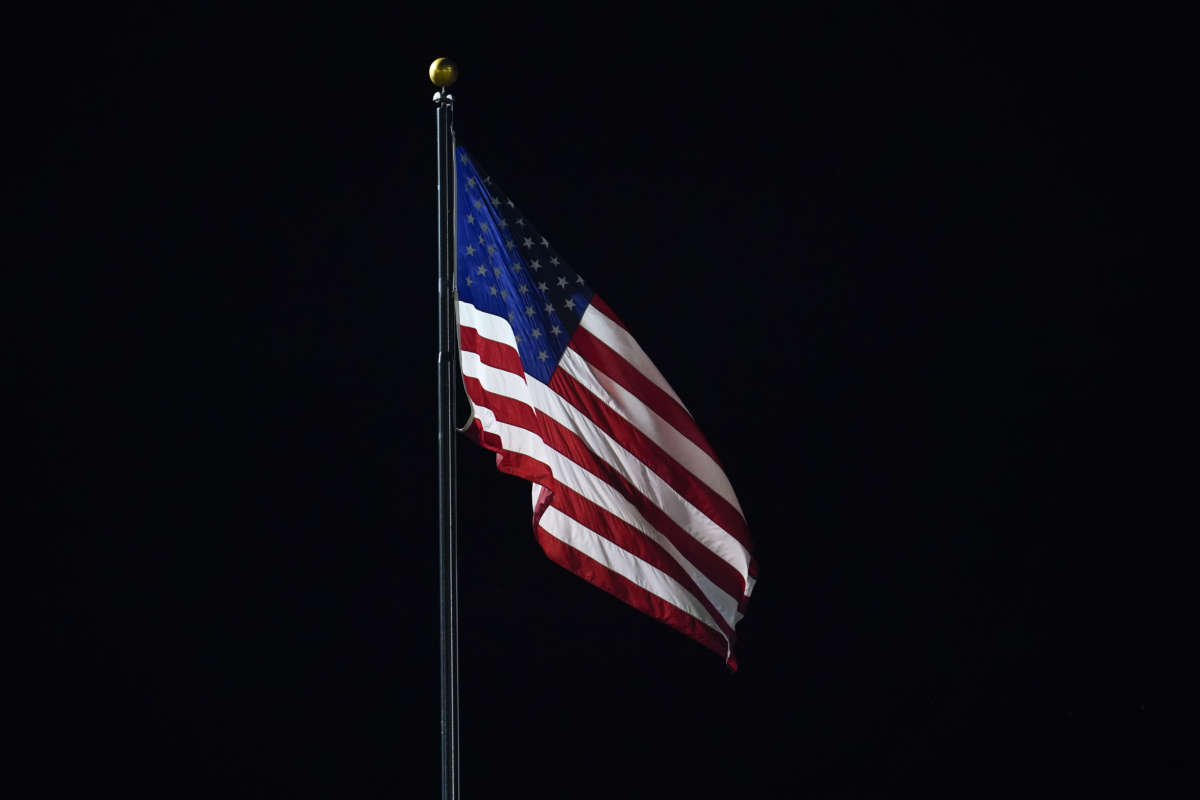 An American flag flies over Comerica Park in the ninth inning of a baseball game between the Detroit Tigers and San Francisco Giants in Detroit, Tuesday, Aug. 23, 2022. (AP Photo/Paul Sancya)

A former substitute teacher is expected to testify in court Monday that she was recruited for a vote-siphoning scheme by the Seminole County GOP Chairman.

Jestine Iannotti is expected to testify in court that Seminole County GOP Chairman Ben Paris asked her to run as an independent in the District 9 Senate race back in 2020.

Paris now faces one criminal charge of contributing to Iannotti’s campaign under his cousin’s name.

Brodeur claims he didn’t know anything about Paris’ plans to use a so-called ghost candidate, an independent candidate added to a ballot to help fix an election.

It’s unclear whether the scheme worked in the race, but elsewhere in Florida ghost candidate Alex Rodriguez pleaded guilty in a scheme to help elect Republican Ileana Garcia.