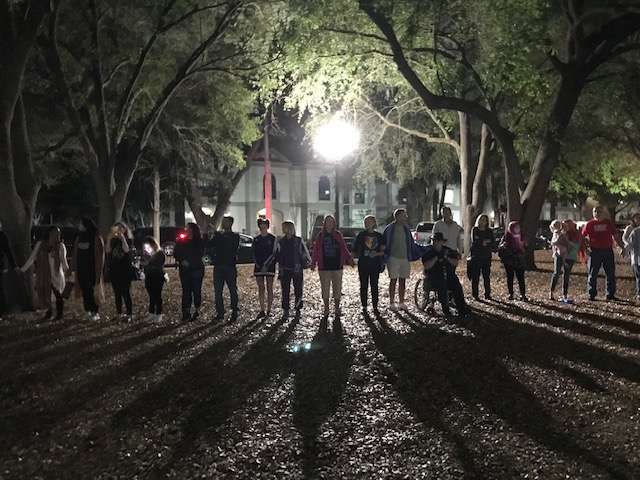 Imam Tariq Rasheed, president of the Islamic Center of Orlando, and Rabbi David Kay with the Congregation Ohev Shalom join Intersection to discuss how recent faith-based shootings have affected congregations throughout the world.

Mourners across many countries have gathered to remember the Christchurch victims in the week since the attack. The Muslim community has been especially impacted by the hate crime, which was carried out by a suspected white supremacist.

Rasheed says a “sense of insecurity” within his congregation the day following the attacks made him focus on encouraging worshippers to continue attending services as usual.

“Everybody was shaken up, everybody was aggrieved,” Rasheed says. “That moment was very important for me. I wanted to instill the feeling of security in the hearts of the worshippers…and I wanted to make sure that they don’t change their schedule of coming to the mosque, and they should continue to come as they have been coming for years.”

A trail of attacks at houses of worship within recent years have left religious communities around the world shaken. Kay says the Christchurch mosque shootings evoked painful memories of the 2018 shooting at Tree of Life Synagogue in Pittsburgh for the Jewish community.

Kay, who is a part of Orlando’s oldest Jewish congregation, says it is important to remember after mass shootings that the attacks are reflective of a few violent individuals, not the majority of the population.

“[Congregation Ohev Shalom] wanted to reassure people that a house of worship is still a place of refuge, it’s still a place where you disconnect from the outside world [and] you connect with people who want to support you, who love you and care about you,” Kay says. “Isolated incidents like we had just heard about is not the norm, and the people who commit those are not the norm.”

Rasheed says from the hundreds who attended an interfaith memorial for the Christchurch victims in Orlando Sunday to the sympathetic emails he’s received from many non-Muslims, the community has come together in wake of the tragedy.

“These things are really moving for us,” Rasheed says. “These things are actually helping us get rid of the grief that we have. The grief will be there for a long time, yes, but this support from the community is wonderful.”