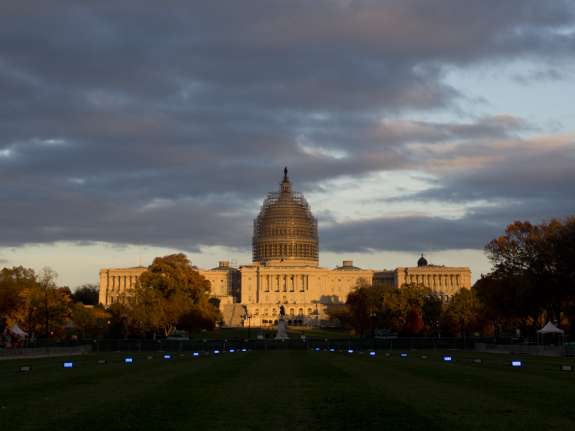 The sun sets on the U.S. Capitol Building on the National Mall in Washington. Photo: Wikimedia Commons.

Some members of central Florida’s congressional delegation are stepping off Capitol Hill and into their respective districts this week. The goal? To hear from constituents about issues that could be subject to sweeping overhaul under President Donald Trump’s new administration. The future of the Affordable Care Act has been a large concern for constituents across political affiliation. Immigration reform has sparked debate, as well, across party lines.

On Friday at 10 a.m. Democrat Stephanie Murphy of Winter Park will meet with the Oviedo-Winter Springs Regional Chamber of Commerce.

Republican Daniel Webster of Winter Garden will hold an open house for his new district office at 11 a.m. at Sumter County Annex Buildings in The Villages.

The events are part of congressional district work weeks which take place throughout the year.

An earlier version of this story incorrectly listed US Rep. Stephanie Murphy’s event in Oviedo as a town hall. It is a private event.