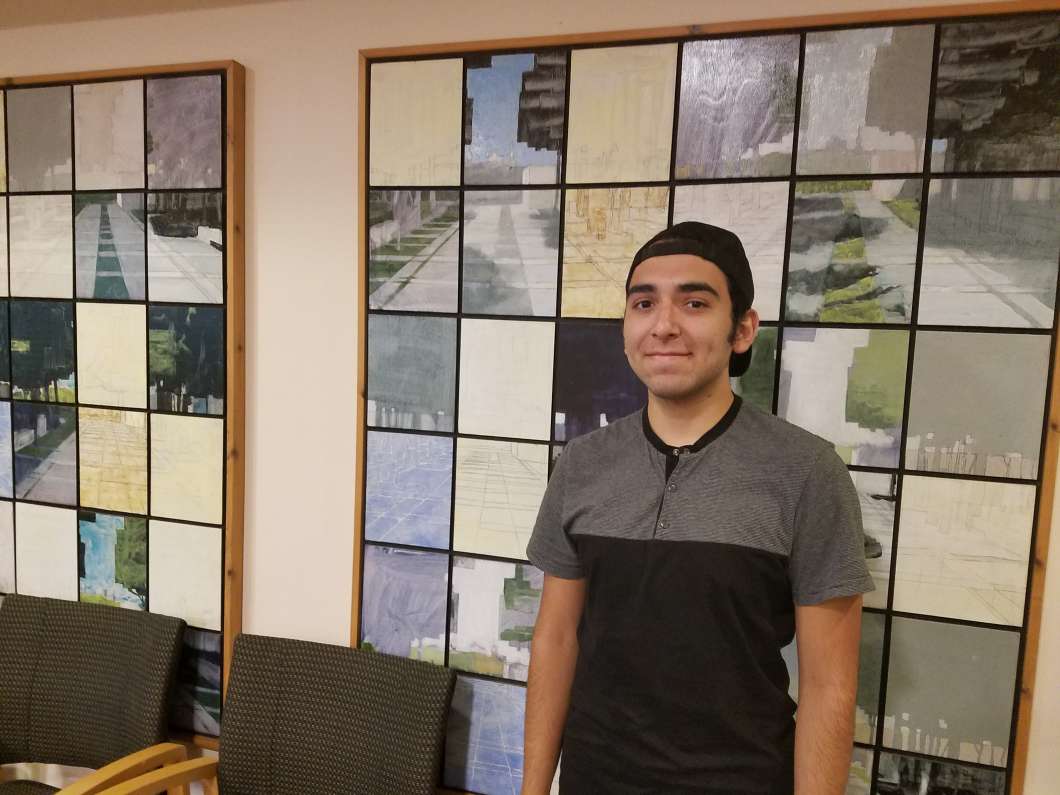 Some central Florida college students are kicking off this semester not knowing what their future holds.

Ten state attorneys general are urging the federal government to phase out DACA — the Deferred Action for Childhood Arrivals program, which protects undocumented immigrants brought to the country as children from deportation.

University of Central Florida sophomore Mario Lopez has to submit some documents to show he qualifies for his scholarship. He opens up a large manila envelope.

“Obviously I have my social, the only thing that’s different from this one it says ‘valid for work only,’ this is my approval notice from DACA,” Lopez said.

Lopez, who overstayed a visa, is a student leader as part of a campus organization Dreamers at UCF. They’ve been meeting with university officials and campus police since the election. Lopez feels welcome and safe at UCF, and he understands why the university hasn’t publicly declared itself a sanctuary university.

“Because of the title and the possible red target that it could put on the back of campus,” Lopez said. “I’m sure you’re aware the federal government has been taking grant funding from sanctuary cities. But because we don’t have the title doesn’t mean we don’t have the morals and the foundation that comes along with it.”

UCF President John Hitt has joined more than 600 other college and university presidents in signing a statement in support of DACA. That statement cited a “moral imperative,” saying that these youth are already part of our communities.

Jennifer Ruby, the director of Rollins College’s Office of International Student & Scholar Services, said Rollins is doing all it can to support undocumented students and to protect their information.

“The spirit of the sanctuary campus movement is definitely alive here in the sense that we aren’t looking to report students,” Ruby said. “We will not share that just willfully with any ICE agents. Our campus does not have gates, our campus is open, so [ICE agents] can come on campus. They do come as their role with our approved international student visa program.”

That program is separate from DACA. Ruby said the only way Rollins would give undocumented students’ information was if there were a compelling legal reason to. UCF said in an email that it will do everything in its power to support their students while following the law.

Some DACA Students Living On Edge

For at least one undocumented Rollins student, his more immediate concern stems from heightened racial tensions in the U.S. WMFE is not using his name because he fears for his safety.

“For the past weeks, I felt unsafe and I feel like I have to watch myself out more because these people don’t like immigrants,” he said.

This student’s mom brought him to the U.S. from Brazil when he was fourteen, and he overstayed his visa. Now he’s a senior at Rollins studying business management.

“I feel like some groups on campus, they are not as open as the other people and also I’ve heard of people writing KKK on walls here,” he said.

Campus Safety reports this hate-based vandalism was drawn on the side of the Rosen Center Building in March. Officials said it was documented and immediately removed. As for the possibility of losing DACA, this student is worried about losing the driving privileges that come with it.

“That will be difficult to drive around, because if you get caught driving without a license you can go to jail, they can deport you back to your country, so that’s pretty bad,” he said.

What’s Next For DACA?

The state attorneys general, not including Florida, who wrote a letter to Attorney General Jeff Sessions, argued President Obama did not have the legal authority to create DACA. President Trump hasn’t taken a clear position on the program since taking office.

UCF student Mario Lopez said losing DACA would be a setback. But he’s optimistic and stays busy working two jobs, studying and doing community service. Lopez is working towards a major in marketing with a minor in music and said he’d love to have his own studio one day.

He said part of the mission of the UCF Dreamers club is to show their peers they’re proud to be among them. Lopez has lived most of his life here and considers this his country.

He said he has no plans of leaving.

“We want to show people and educate people that we’re just as valuable and just as just as capable of being contributors to UCF to the community, to Orlando and to the country of course,” Lopez said.