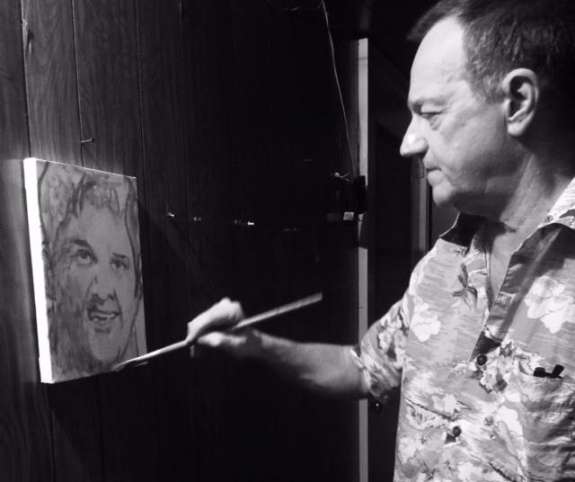 Friday people are remembering and honoring the victims and first responders of the 9/11 terrorist attacks. One Leesburg man has been paying tribute to the victims by painting each and every one of their portraits. Artist Michael DeMinico has been working on this massive project since 2002.

Mike DeMinico has finished as many as 13 hundred portraits of the nearly three thousand people killed in the 9/11 terrorist attacks. He’s using oil on canvas for the 9 inch by 12 inch paintings.

The idea came to him when he was flipping through channels one day and caught a news segment commemorating the six month anniversary of that fateful day. DeMinico did some math and figured he’d try to do a portrait a day. He knew it would take more than eight years to finish but that it was possible.

“At some point I realized that not only could I do it but that I should do it and finally at some juncture I said ‘by george I will do it’ and that’s how it started,” said DeMinico.

Over the years DeMinico has met hundreds of people impacted by the attacks and families who lost loved ones.

“The most awkward part of it is their gratitude towards me. It’s very awkward for me and what I say to them is ‘no, you’ve got it backwards, I’m grateful that I’m being allowed to do this.”

A documentary crew has been filming DeMinico’s journey. He’s had to slow down at times when life got in the way, kids needed his attention, his mother fell ill. But he’s trucking on until the mission’s complete.

Here’s a sneak peak at that documentary in the works: