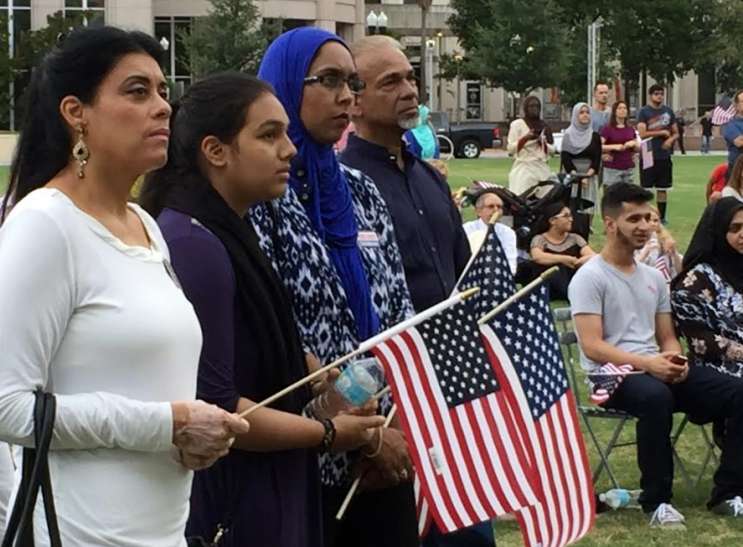 Women in colorful scarves, men, and children waved American flags on the lawn of the Dr. Phillips Center for Performing Arts in downtown Orlando, just feet away from a memorial to the victims of the Pulse nightclub shooting, chanting “Not in my name,” a direct message to extremist group the Islamic State to stop orchestrating terrorist acts in the name of Islam.

“We are tired of paying the price twice as American Muslims. We pay the price as Americans by feeling the pain when we see our country and our fellow citizens are under attack, but we’re also tired of feeling the fear every time one of these incidents takes place. We’re worried about backlash. We worried about our life for a crime we didn’t do or support, but it was done in our name,” said Mahmoud El Awadi, vice president of Florida’s Arab American Chamber of Commerce.

Pakastani-American Aqsa Ashfaq says she and her family are feeling the backlash in the wake of attacks in the U.S. and abroad involving Muslims.

“We are Americans. We live here. We live here for peace. ISIS, other people who kill other people, they are not Muslims. And that is so important for our kids and for all the community to let them know.”

She blames the media for spreading hate but says the Muslim community could do a better job of showing the community-at-large what Islam really is.

Central Florida is home to about 50,000 American Muslims.