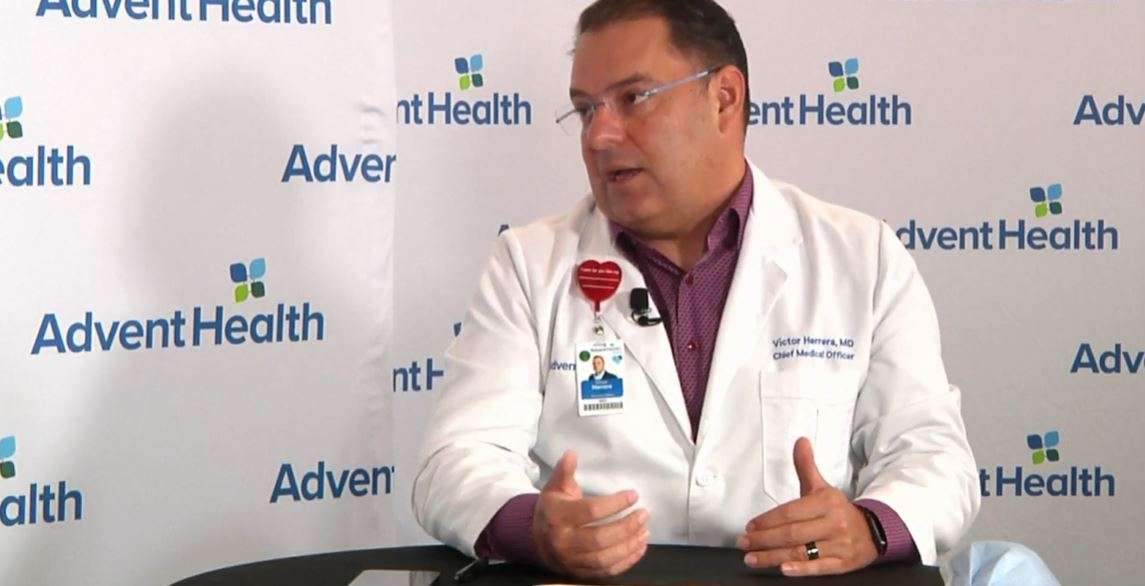 AdventHealth has reactivated its COVID-19 command center as the rate of positive test results spiked at its Centra Care urgent care centers.

At Centra Care, the rate of positive COVID-19 tests has gone from 5.5 percent to more than 21 percent in the last few weeks. Dr. Victor Herrera, chief medical officer at AdventHealth Orlando, said AdventHealth currently has about 100 COVID-19 patients hospitalized – compared to the peak of 1,700 patients in August.

But the positivity rate is an indication that the number of hospitalized patients will grow.

“Our census is low for COVID-19 patients, but typically that positivity rate increases, it correlates with a two-week lag of starting to see an increase in hospitalizations,” Herrera said.

Statewide, about 1,600 patients are hospitalized with COVID-19, according to federal data, and that figure is increasing.

He said he expects the CDC will change the definition of fully vaccinated to include getting a booster soon.

“What we really want to emphasize is that if you’ve already had your first dose, your second dose, a lot of people are thinking, ‘Well, I’ve already got good protection,'” Herrera said. “Well the third dose we’ve learned is not a plus, it’s not a bonus. You really need that third dose as well.”

“Last year at this time, there were very large spikes in New York and the upper midwest,” Senior said. “That population tends to feed into Florida this time a year. And what we saw was what I would describe as kind of a trailing bump in Florida that came in a few weeks after theirs that was probably associated with visitation. And and I think that that’s likely to occur again this year.”