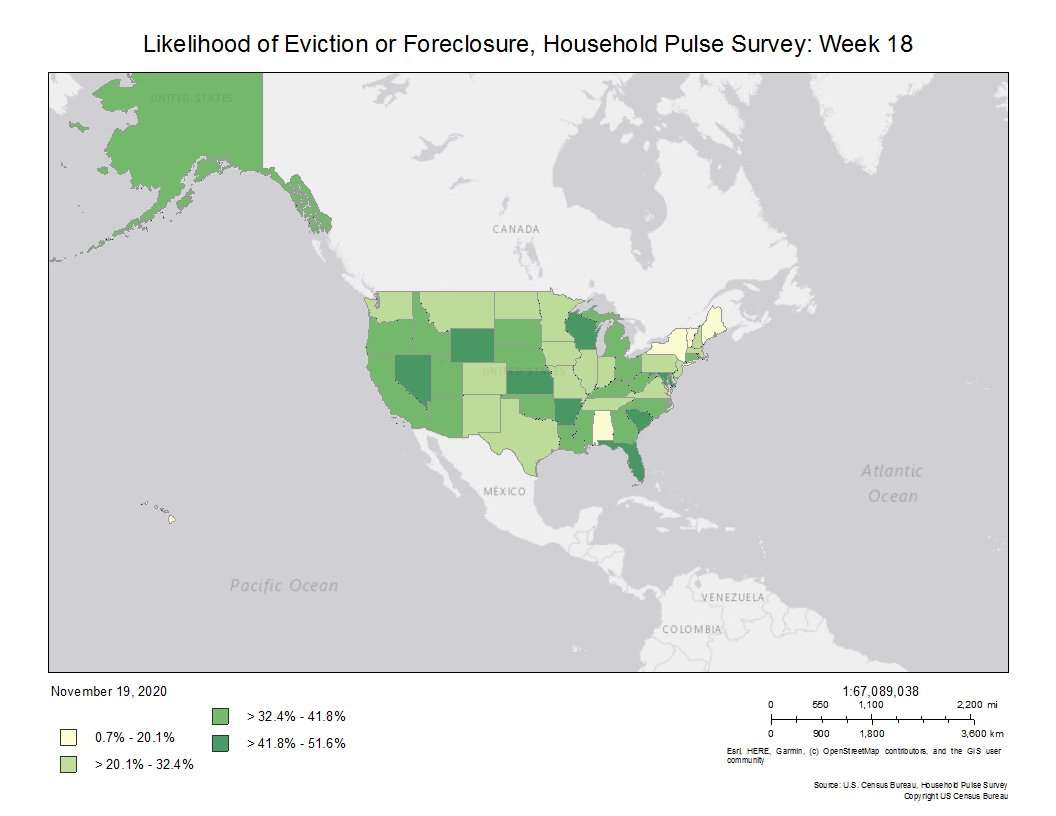 Florida has the highest percentage of people behind on their rent who fear evictions and foreclosures, according to the U.S. Census Bureau.

Florida has the highest percentage in the nation of people saying they are likely to face eviction or foreclosure in the next two months.

The U.S. Census Bureau has been taking the Household Pulse Survey since the start of the pandemic. In the most recent report, about 7 percent of households in Florida say they are behind on rent or mortgage payments or expect to be.

Of those, more than half say they are likely or very likely to be evicted in the next two months. That figure, 51.2 percent, is the worst percentage in the U.S.

The survey was done October 28 through November 9, and has been done regularly since the start of the pandemic. The survey has a 13 percent margin of error on the evictions question. That means it could be as low as 38 percent who say they are likely to be evicted, or as high as 64 percent.

During the previous survey, just 32 percent said they were in danger of eviction or foreclosure.

See below for a ranking of answers by state.