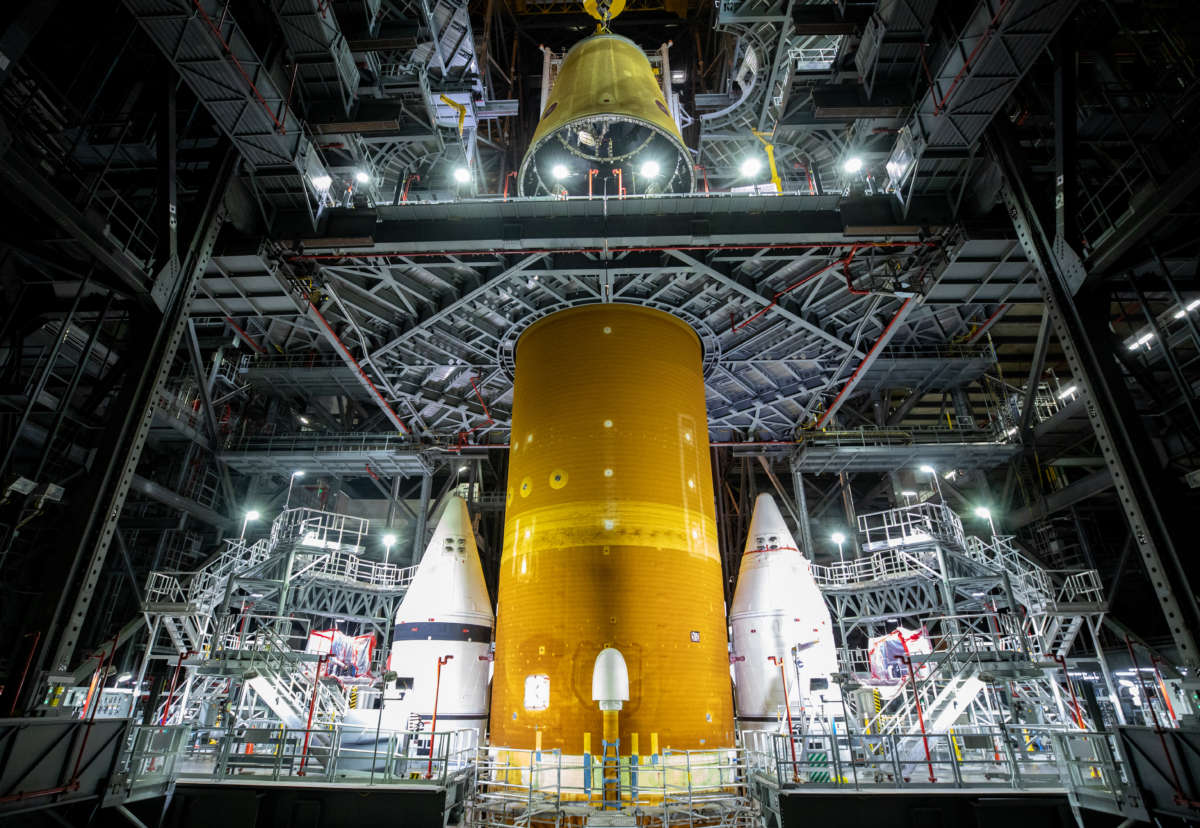 Low earth orbit is a busy place these days. An all civilian mission circled the earth on a multi-day mission recently, and SpaceX is getting ready to launch another crew to the International Space Station later this month.

Meanwhile billionaire space barons Jeff Bezos and Richard Branson have opened up space tourism to even more people with their vehicles carrying paying passengers to the edge of space. And NASA is forging ahead with its deep space rocket program.

WMFE’s Brendan Byrne joins Intersection for an update on the latest in space news.

While SpaceX’s Crew Dragon is ferrying astronauts to the International Space Station, Boeing’s Starliner has suffered a number of setbacks, including problems with valves on the spacecraft.

“They are the ones that control the maneuverability of the vehicle. So having these valves not work is a big problem,” says Byrne.

“Boeing thinks that the issue is with some corrosion. So what they have done is taken it back into the factory and are taking it apart and trying to figure it out.”

Delays to the Starliner are causing problems for NASA’s commercial crew program.

“So what NASA ended up actually doing, seeing these delays, they actually pulled some of the astronauts that were training on Boeing’s Starliner who don’t have any spaceflight experience, and they’re putting them on a future mission on SpaceX’s Crew Dragon, the crew five, which will launch in fall of 2022.”

Meanwhile NASA is preparing its deep space rocket, the SLS, for an uncrewed mission that will send the Orion space capsule around the moon.

“Most of that rocket has already been assembled in the Vehicle Assembly Building, it’s massive, taking up one of those giant high bays and it actually completed a very critical test of all of the systems,” says Byrne.

“So it’ll be interesting to see what what comes of this mission: if there are more people that want to go or if this is just going to be something for the rich and the famous to be able to jump in a capsule and go to space,” says Byrne.